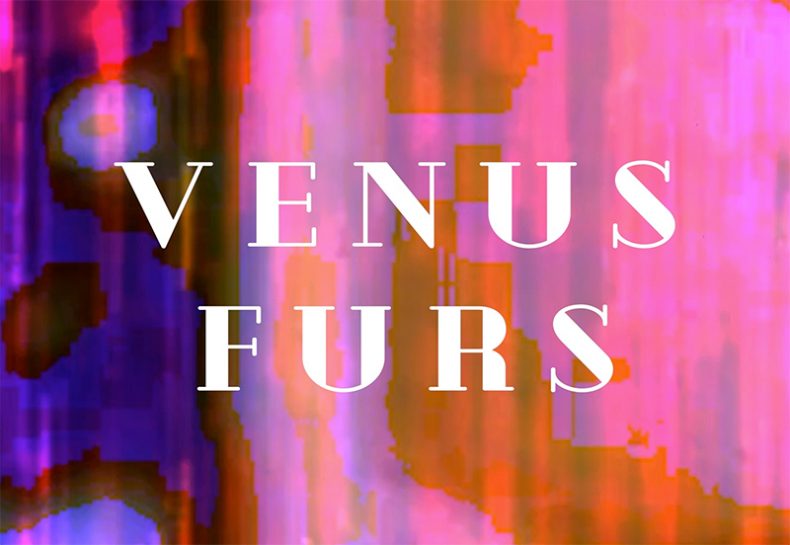 In “Page Before”, the song that closes Venus Furs’ debut album with a visceral, renewed energy, the narrator shows up to a party only to find that it’s his own wake. His soul seems to rush out of his body as the bass surges upward, soon joined by a delirious deluge of guitars. Amidst the walls of sound and driving rhythms, the finer instrumental aspects are not lost; each can be picked out from the turbulent blur, but in unison they enhance each other, creating a polychromatic and passionate whole.

“Page Before is a song about walking into a party with a weird vibe, only to discover that you’re walking into your own wake.  There’s a nod to We Are Scientists in the lyrics (‘the scene is cold and the party’s dead’), and an abrupt change around the two-minute mark, to a bass-driven riff that builds and builds to a crescendo, with delayed noise solos matched in performance with panning, for a trippy headphone experience. This song is particularly meaningful to me because it’s been closing my live sets for the last few years as well as both my recently released debut album, and also my series of music videos that I released to accompany each track on the album.”

“I spent 5 years in studio working on my debut album partly due to perfectionism – to capture the sound I heard in my head – and partly as a scapegoat to avoid working on aspects of my life that required a lot of focus.  I was in the middle of planning a tour to celebrate the album’s release when covid’s first lockdown took place last March, and since touring’s been out of the question for the time being, I made it a new project to create a video to accompany each track of the album.  I’ve had the pleasure of working with some great friends and collaborators on these videos – Sean Mundy, Hart, Patchouli’s Light Show and Justis Krar, who directed both this video for Page Before, as well as my previous video for New Inspiration.” ~Paul Kasner, aka Venus Furs

by SPILL NEW MUSIC on August 2, 2021
MYSTERY ROSE – “LOVEBIRDS ON THE WEEKEND” A SPILL EXCLUSIVE VIDEO PREMIERE “Lovebirds on the Weekend” is a timeless, classic rock banger from [...]