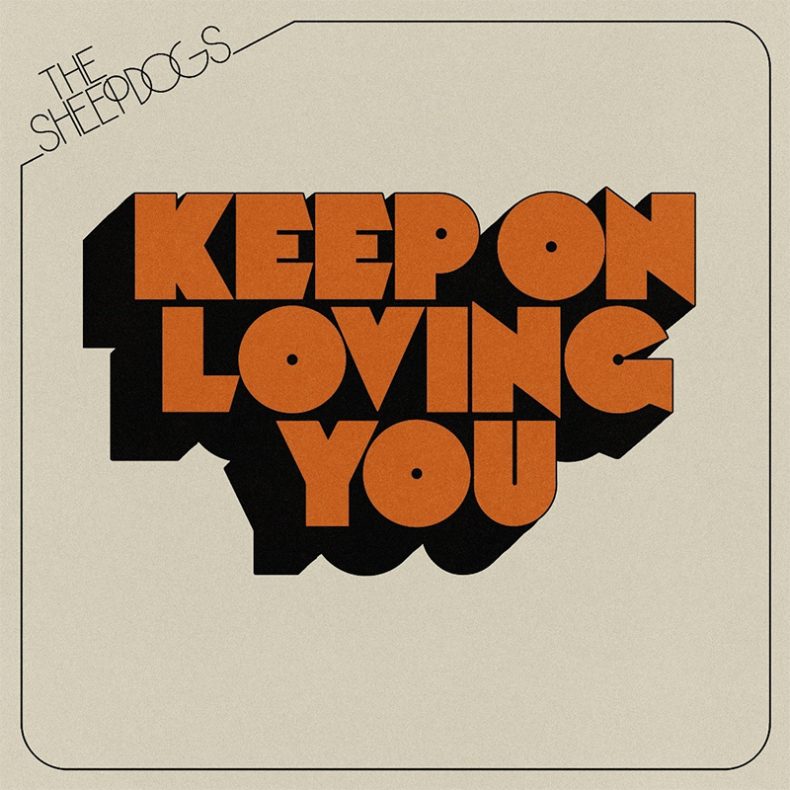 Canada’s favourite shaggy rockers The Sheepdogs are back with their first new music in 3 years; the single, “Keep on Loving You“. A vintage stomp-and-sway T-Rex inspired track, “Keep on Loving You” is the first offering from the band’s forthcoming EP No Simple Thing scheduled to drop May 28 – click HERE to pre-order now.  Recorded in Montreal at legendary Mixart Studios in late summer 2020, the band laid down all tracks for the EP live in the sprawling studio with old-school monitors on mammoth 2″ analog tape. No Simple Thing marks the first new music from The Sheepdogs since 2018’s Changing Colours and was again produced by frontman Ewan Currie.

Of the new music, Ewan says “Recording together during the pandemic was like finding a life raft after floating in the ocean for 90 days. We were itching to play music and above all else some human interaction. We missed the brotherly spirit us the five of us have when we get together to jam. I hope folks get a lift from ‘Keep on Loving You.’ In times of trouble or sadness, we can find comfort and solace in what is my personal holy trinity: family, friends and rock ‘n roll.”

Hailing from Saskatoon, The Sheepdogs are one of Canada’s most successful bands amassing a legion of fans worldwide with their rich harmonies, rounded guitar tones and classic rock influenced sound. All told, the band have scored nine Top 20’s, with six of those Top 5’s and three single taking the #1 spot on Canadian Rock radio including, “Hole Where My Heart Should Be” from their 2018 studio LP Changing Colours. Hit singles “I Don’t Know” and “Feeling Good” both reached Platinum certification, with “The Way It Is” achieving Gold sales. Additionally, the albums Learn & Burn and The Sheepdogs both achieved Platinum status and to date the band has been nominated for 10 JUNO awards, winning four of the coveted trophies including Breakthrough Group (2012) and Rock Album of the Year. The Sheepdogs have notably received Rock Album of the Year nominations for all four of their last studio albums. The band were the first to be selected as the Record Store Day Canada Ambassadors in 2018 and have sold out shows from coast to coast and around the world.

SPILL NEWS strives to keep our readers up to date with news and events in the music industry. We keep you informed of the most recent information regarding new releases, tour dates, and information items about your favourite artists.
RELATED ARTICLES
ewan currienewsthe sheepdogs