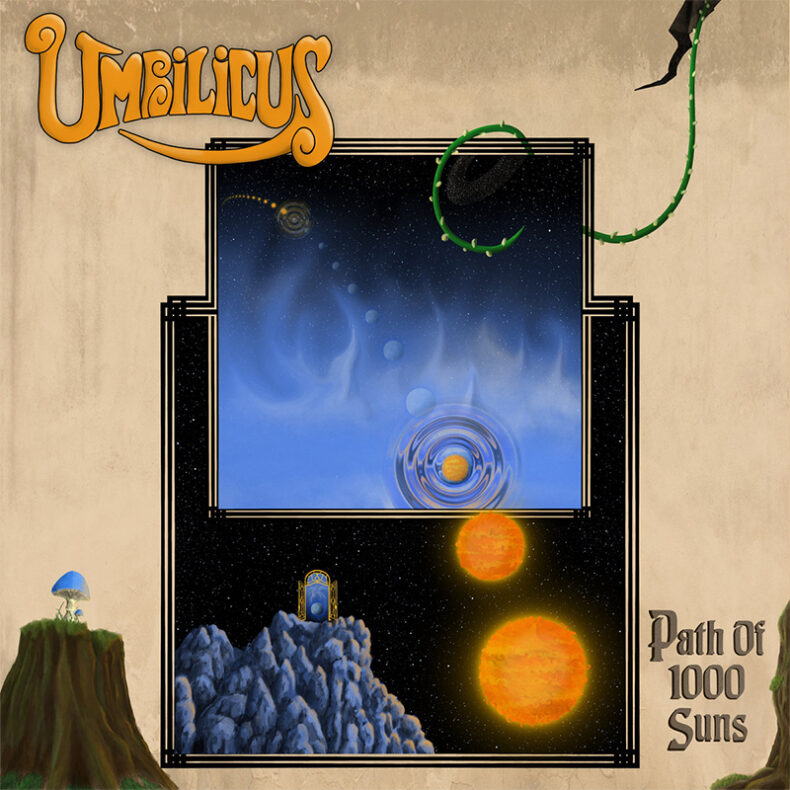 “The story behind “Umbilicus” is pretty hilarious.  When Paul, Vern, and I were jamming and writing at the Cannibal spot, we noticed this tiny little plant growing from the ceiling. Weeks went by and it got longer and longer and eventually it reached the floor.  So we wrote a new tune at the time and it was dubbed Umbilicus, named after the plant, also because I had read the word when I was reading “It” by Stephen King and it may have been in one of the Alien movies as well…  It eventually became the band name, too! You can hear a lyric in there about “..from a ceiling in Florida”.  It’s a pretty fun song, musically and lyrically.” Nordberg said, explaining the story behind the Umbilicus name.

Path Of 1000 Suns is the band’s first album and features 10 original compositions. Mixing and mastering for the album, as well as the album’s artwork was handled by guitarist Taylor Nordberg at Smoke & Mirrors Productions.