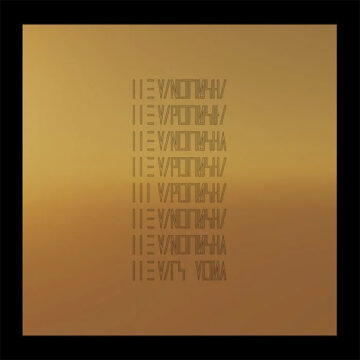 Despite collaborating regularly together over the course of the last decade via At The Drive-In and Antemasque – among other side and solo projects – guitarist Omar Rodríguez-López and singer Cedric Bixler-Zavala have reunited their most acclaimed project, The Mars Volta, for their first album since 2012. Following a series of singles released throughout the summer, The Mars Volta marks a sonic evolution for the band that is equally triumphant as it is creative.

Opening with the initial single, “Blacklight Shine”, The Mars Volta immediately stands out from the band’s previous work with a subdued nature akin to that of alternative-pop of the last decade. Rather than open the album with an explosive, polyrhythmic cacophony of music as one may have expected, “Blacklight Shine” is refined track driven by ambient guitars, Bixler-Zavala’s melodies, percussion, and a lively shuffle. Most interestingly is how “Blacklight Shine” seamlessly bleeds directly into the second track, “Graveyard Love” – a darker, haunting track that feels even more sparse in its arrangement – almost as if the two were originally written as the same track, with the latter representing a dramatic shift in tone and style, like an unexpected coda.

The remaining 12 tracks on The Mars Volta do not stray from this sound. From the smooth glide of “Blank Condolences” to the Latin drum and bass of “Que Dios Te Maldiga Mi Corazon”, Rodríguez-López and Bixler-Zavala have returned with an unprecedented collection of music that, ultimately, feels inspired, as much as it should inspire other artists. Additional highlights include the cinematic darkness of “Equus 3”, a song where distorted guitars and driving drums actually take a lead role on the record – listen closely and you’ll hear a jazz inspired keyboard solo letting loose over the last minute of the song – the melodic swagger of “Collapsible Shoulders”, the drum breakdown from Willy Rodriguez Quiñones on “Vigil”, and the closing track, “The Requisition”, a song that creates a sense of burning intensity through its use of minimalist songwriting.

The Mars Volta shines as an album that sees Rodríguez-López and Bixler-Zavala take quite the creative risk as they return with a sleek and modern sound. Never ones to shy away from a musical challenge, their self-titled release sees the band practice restraint in their musicianship and subtly in their delivery, all within in a new musical context, while also breaking through the barriers of the stylistic parameters in sublime and sophisticated fashion. The result is an exciting creative experiment that only adds enigmatic vitality of The Mars Volta.

A passion for music has always been a part of Gerrod’s life. As a young boy, he was raised on a steady diet of the music from The Chili Peppers, Aerosmith, The Stones, Prince, and others from his mum. Raised in the GTA, Gerrod continued to foster his love for music by attending a wide range of concerts and learning the drums. His unapologetic passion for music has no bounds and has spread to a wide variety of styles, whether it be the 90’s rock that sound tracked his teenage years, the jazz he studied in university, or his newfound love for hip-hop. He recently received his bachelors in music and education from York University and is passionate about writing and reviewing good (and less than good) music. Gerrod is also the drummer and songwriter for a Toronto based rock & roll band, One In The Chamber.
RELATED ARTICLES
album reviewalbum reviewscedric bixler-zavala
8.0