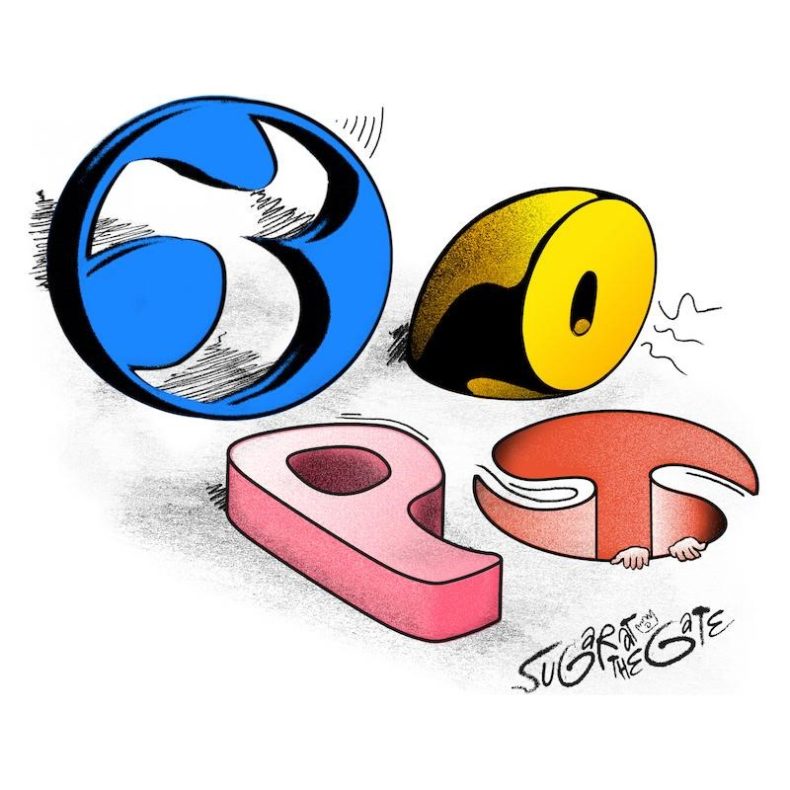 Following the announcement of their new album and the video for the album’s lead single “Petals”, Montreal’s TOPS are back to share “Dayglow Bimbo” which sees the band piling reverb and distortion on tops of their typically pristine sheen for an evocative effect that could fit on the best alt-rock albums of the 90’s. The disparity between the two single demonstrates how the band has pushed their sound in new directions across their third album.

Speaking about how the song was created and it’s effect on her, lead singer Jane Penny says, “When David came up with the guitar part for ‘Dayglow Bimbo’ the song came together almost immediately. It brought me back to being a young girl in Edmonton, how independent I felt at that time but also the struggle that I went through when I was confronted by my own sexuality and myself as a sexual object. There are some dark aspects to the song but I hope that it’s ultimately liberating.”

For Sugar At The Gate, their third and most ambitious album to date, TOPS peaced out to LA. They lived and recorded at “Glamdale,” a mini-mansion and former brothel located in the Jewel City, Glendale, CA. The unassuming record unfolds slowly, taking time to reveal itself. Like nearly everything TOPS does, multiple meanings overlap with the album’s title referring to orgasm, but also to carrot chasing, gatekeeping, and the social contract.

Vocalist-songwriter Jane Penny, at this point one of the most distinctive vocalists of her generation, took time during the recording learning how to drive in the Forest Lawn Cemetery parking lot. “Living in LA was living out a teenage fantasy, living with your band and practicing in the garage. It was also the first time we’ve ever had that much space to make music. I took the experience of living LA as a challenge to make music that I know is real to me, in the sense of it feeling true and containing true feelings, but also recordings of great songs, the real thing.”

Jane Penny and David Carriere (guitarist-songwriter) contributed to the album’s lyrics as much separately as together. Both their perspectives are heartfelt, with Penny’s sometimes cryptic lyrics betraying something of her unconscious.

Layers of sarcasm and sincerity seem to enfold the group like flower petals. Irrepressible jokers in conversation, their album’s vinyl download codes come folded up inside drug baggies. TOPS’ flawless musicianship and profound grasp of pop fundamentals are the surest sign that at the core, it’s all as real as it sounds.

All of TOPS recordings have been produced by the band, who have self recorded the majority of their work to date. Riley Fleck’s distinct and controlled drumming style is key to the arrangements on Sugar at the Gate. A sensitivity in his playing and strong sense of discretion is a distinguishing feature of TOPS’ sound. Sugar at the Gate will be released on June 2nd 2017, worldwide on Arbutus Records.

In June TOPS will perform at a string of ten European shows, starting on June 2nd in Bristol and wrapping up on June 12th in Krakow. Listen to the band’s new single “Dayglow Bimbo” above and check out the previously-released video for “Petals” as well as a pre-order for Sugar at the Gate on limited edition yell-O vinyl at the links below.

Sugar At The Gate Track Listing