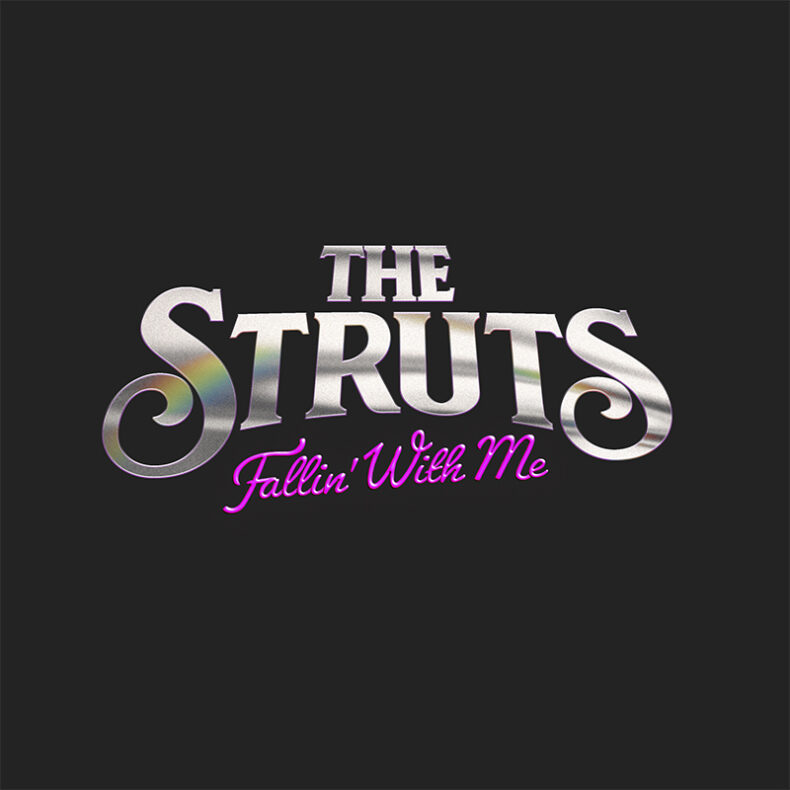 THE STRUTS RELEASE “FALLIN’ WITH ME” MUSIC VIDEO

The Struts have released the video for their anthemic new single “Fallin’ With Me”’.

Directed by Bryson Roatch, frontman Luke Spiller’s captivating presence is writ large alongside his band mates Adam, Jed & Gethin, demonstrating exactly why the band are celebrated for their personality and attitude – providing an electric shot of fun and glamour into the modern world of rock’n’roll.

“Fallin’ With Me’ is something that The Struts have never done before. We’ve done a lot of straight-up rock, but this feels different,” Luke says. “The response we have been getting while performing it live has been electric, so I’m excited for everyone to hear the studio version!”

Luke performed at Wembley Stadium this past weekend as one of the very special guests at the Taylor Hawkins Tribute Concerts. The Struts and Foo Fighters forged a very strong bond when they toured together and Luke would frequently perform a duet of Queen’s “Under Pressure” on stage with Taylor, while Dave Grohl took over drum duties. Luke will also be performing at the LA tribute concert at the end of September.

“Fallin With Me” is the band’s first taste of new music since they signed with leading US label Big Machine in March 2022. They toured the UK this summer to a rapturous response and will be touring the US throughout the autumn.