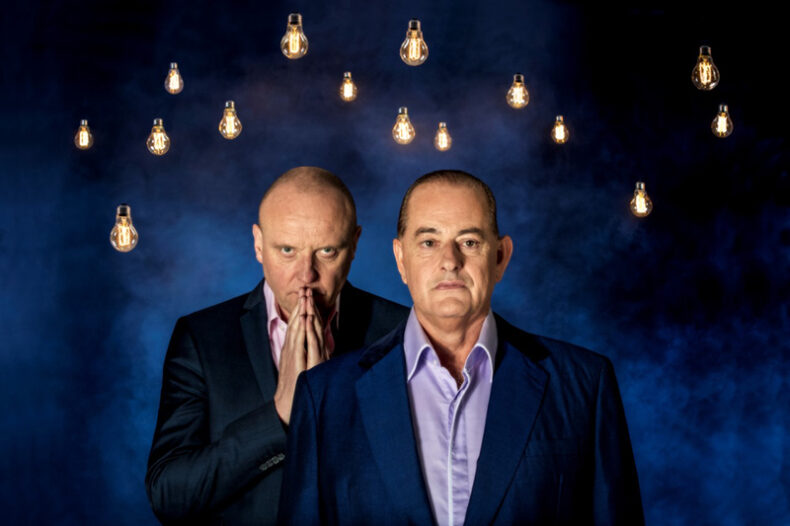 A CONVERSATION WITH GLENN GREGORY OF HEAVEN 17

“I am good thank you,” Glenn Gregory states clearly. “And looking forward to coming over. It’s the Danforth Music Hall, isn’t it? I hear it’s a good venue. “

Heaven 17 formed in 1981, after Ian Craig Marsh and Martin Ware left The Human League, and joined forces with Glenn Gregory, who was the missing piece. Heaven 17 went on to release eight studio albums, all classics. Though they were never intended to be a touring band, that is all changing.

“Who would have thought it,” ponders Gregory. “I think our first ever gig was in New York at Studio 54 and then we didn’t play again for about 40 years. We must have done something wrong,” he laughs.

But like all great art, their music has stood the test of time and is popular today as it was in the early 1980s. Quite simply, Heaven 17’s music has not dated and aged extremely well.

“It’s funny, we did talk about how we were going to record it. When we started recording Penthouse and Pavement, which was done on analog equipment with an old 1” 8-track. But we spent a lot of time making the sounds trying to make it sound, not future proof, but something that could be played for maybe 10 years. Never it would have entered into our heads people would want to come and see us play this music 40 years later. But, on another level, the lyrics would be as relevant, still, 40 years later, which is a bit of a shame.”

As this band created music without a thought of performing it live, transforming the music to the live stage must have created some challenges. “It was at first, which was one of the reasons we never played live at first, because it just didn’t work and we would have had to change the songs quite a lot to make them sit for live. These days it is much easier. We got sequencers on stage and drum sequencers and it’s all much easier to make it sound good. What we always wanted to do was make it sound like the record, it was part of our aim, but not in a way to hold it back but just the sounds. The sonic quality of it, we wanted it to be like the original sound.”

But getting ready, physically, for a tour, which can be a grind is very important. “Vocally, the more I do the better it gets. I am lucky my voice hasn’t gone away in any way. When I rehearse, like two or three weeks, I do a month, I take one song every day when I run and I run six miles and I have that song playing over and over again until I am absolutely word perfect and then I move on to the next song. Getting fit for the tour, that is partly due to learning the songs as well. Not only that, but I run through the whole set once a day in my own studio with full voice. So my voice will be in good shape to do all the gigs. I ride a bike everywhere and I walk everywhere, I walk. I don’t take cabs, so I guess that’s it really.” 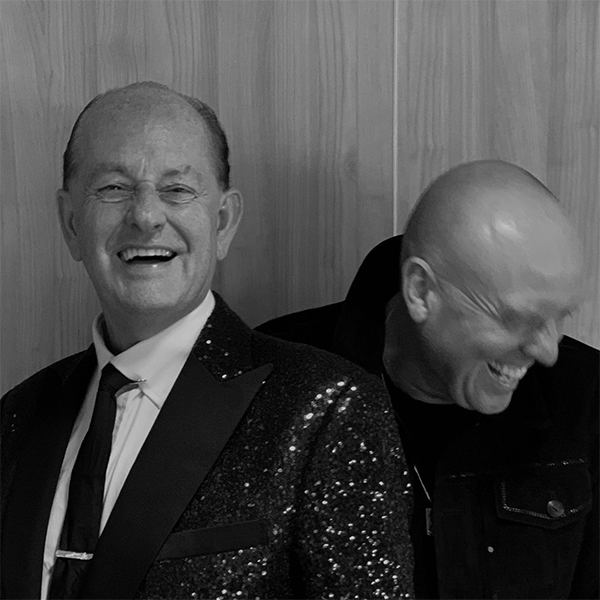 “I have been programming up stuff for the live show and going back and sampling some of the drums from the time and I’m listening to the backing tracks and things, the original backing tracks and it sounds completely fresh. It sounds like it could be an artist today, in fact, if they were an artist today I would be going, ‘oh, I like that’. It is a weird thing how it still sounds farm fresh. We do things our way.”

Of course, being able to ask Glenn Gregory questions, one has to ask if he has a favourite Heaven 17 song, and it turns out, he does. “My favourite Heaven 17 song is “Let Me Go”. Mainly because when we were writing it, we were writing it in my little scruffy flat in London near Portobello Market. Of all the Heaven 17 songs, it has stayed from the demo to the finished article, kind of stayed where it was. I always loved the melody of it, and sometimes you can lose that kind of thing and the beauty and simplicity of it. It is very empty, that song. “Pray” is a similar thing”.

And it happens to be his favourite song to sing live. “It has to be “Let Me Go”, the key and the range and I can really let that one go and I really enjoy that. There are some that absolutely kill me, like “We Live So Fast”. It is pretty speedy and when we wrote that we had no intentions of playing live, we had decided early on we were not performing live. There is barely room to breathe in that song. When it comes up I think ‘oh shit, do I have to do that?’, laughs Gregory. “I enjoy singing but it is hard.”

But this was also an opportunity to ask about one of the more unusual Heaven 17 songs, released a single but also on the album How Men Are, “…(And That’s No Lie)”. “That song is typical Heaven 17 making things just for the love of it and the beauty of it and getting that orchestra in to play and it’s nine minutes long. Then shooting ourselves in the foot completely by saying ‘let’s release this as a single’. Everyone was saying ‘you can’t release it as a single, it is nine minutes long’, and we said ‘yes we can, we just put it out’. We were always quite contrary really. I designed all those with the artist Malcom Garrett, I had this idea of finding all the features and putting them together. We couldn’t decide which one, so Malcom said, ‘why don’t we just do them all?’ That sounds like a good idea, ” Gregory recalls.

Even after 40 years, the band continues to create, maybe not in the most conventional manner, but they continue to produce new and exciting music. “There’s a song that Martin sent me, well it isn’t even a song, more along backing track and do you like this and it was definitely instrumental but I got this little melody in my head and I started humming it and I remembered what Tony Visconti told me a couple of weeks ago about David Bowie, and he said, ‘quite often he wouldn’t write anything until he went in to sing it and he would stand in front of the mic and he would stream of consciousness go for it and then kind of hone it from there.’ So I plugged the mic in, put the track on and I sang the whole thing and I don’t think I could sing it again. I put it on the internet and it is called “Clouds Or Mountains”. But there is something about it that sounds like it could have been done all those years ago.”

And is there a chance for a new album? “We spent a while talking about it and quite a while dismissing it and having any relevance and point to it. And because we both do other work, I write all the time, I score films and TV and that is pretty much what I do all the time. Martin has Illustrious, his company, and they do more arty, so to get us both together, we spend four, five, six months on an album, we can’t do our regular work. But, having said all that, we are actually talking about it on the way up to Manchester and we were saying, ‘yeah I quite like that idea.’ And the girls who play the keys are saying ‘yeah, do it, do it.’ So at the moment, the tide might be turning and there might be a new album. That is all I am saying”.

Born and raised in Whitby, Aaron discovered music through his love of The Beatles. This led to a career in radio, writing for various publications, and ultimately a radio show about The Beatles (Beatles Universe), which ran for over four years. When not immersed in music, Aaron enjoys spending time with the loves of his life -- his wife Andrea, and daughters Emily and Linda (all of whom have an intense love of music too).
RELATED ARTICLES
featuresglenn gregorylet me go