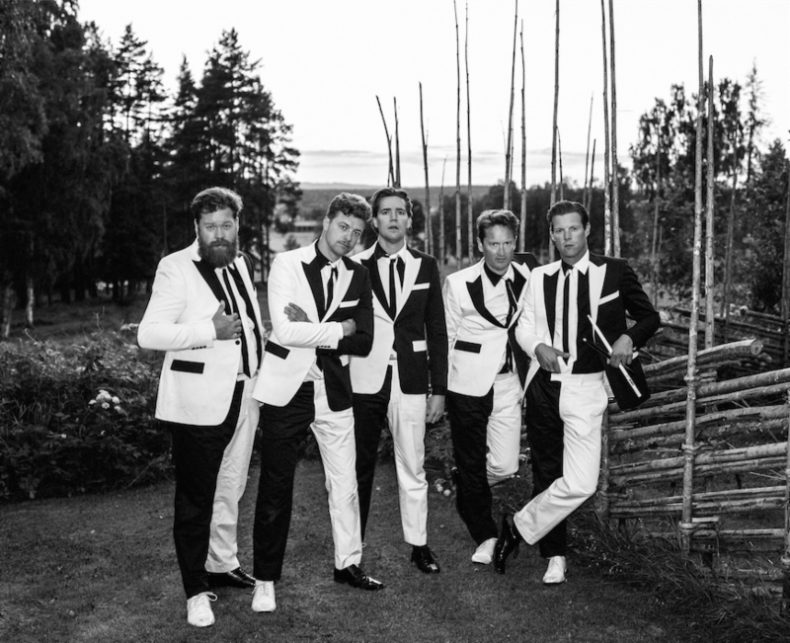 THE HIVES HINT TO FIRST ALBUM IN 7 YEARS

It’s been nearly two decades since the Swedish rock-n-roll heroes The Hives unleashed their debut album on the world and today they drop an intoxicatingly brash new song “I’m Alive” via Third Man Records. The song will be featured on a limited edition double A-side 7” in stores this summer.

Last night they performed at The Blue Room at Third Man Records in Nashville and on Saturday, they kick off a string of SOLD OUT US dates with The Refused in Philadelphia wrapping up in San Diego on May 29. They head back to Europe for a summer festival run including performances at the inaugural Lollapalooza Stockholm, Sjock Festival (Belgium), Mad Cool (Spain) and more.

In the twenty years since the Hives exploded around the world, they have sold out stadiums and shared stages with everyone from AC/DC to The Rolling Stones. SPIN calls The Hives “the best live band on the planet” and frontman Pelle Almqvist “the greatest frontmen in rock,” and the BBC dubbed the band “a force of nature.” Rolling Stone named ‘’Veni Vidi Vicious’ one of the Top 100 Albums of the decade and “Hate To Say I Told You So” earned a spot on Pitchfork’s Top 500 Songs of the 2000’s. They sold millions of albums world-wide with multiple RIAA Gold-certifications.

Stay tuned for more info on what is next for The Hives.

SPILL ALBUM REVIEW: NORAH JONES – PICK ME UP OFF THE FLOOR