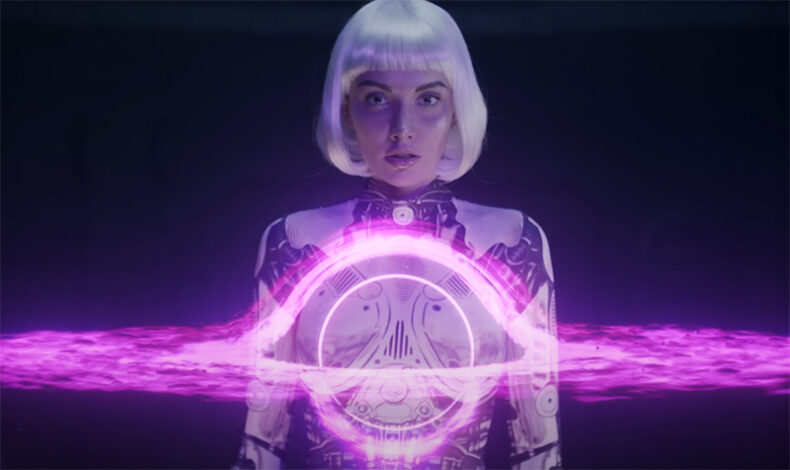 Awakening from hypersleep, electro-rockers d3adc0de are unleashing their independent debut single and video “Fight Or Flight” today. The duo, made up of Stephen Sims (vocals) and Steven Morgan (instrumentals) are unveiling their sci-fi tinged video, set on a spaceship in the not too distant future. “Fight Or Flight” serves as a prologue to an ongoing narrative that d3adc0de will unveil as they release new music and other multimedia. “Fight Or Flight” is available on all DSPs HERE.

Setting a foundation of pulsating electro-house in the verses and punctuating it with crushing guitars and a slamming rhythm section, d3adc0de ties it all together with an anthemic, infectious hook and soaring melodies. Scattered with symphonies, choirs, and analog synths, the song truly conveys the feeling of speeding through hyper-space thanks to its non-stop high energy and galactic sounds.

Formed in 2020, d3adc0de creates a seamless hybrid of rock and electronic music that feeds off of their sci-fi passions. “Ethical hackers” by trade, the duo first met at an advanced cyber-security institute where they worked to safeguard systems from external threats. Besides being amongst some of the most elite hackers in their industry, they soon realized they also shared musical history, having both played in alternative rock bands, (Stephen Sims in Solid State Logic and Steven Morgan in Stellar Revival). Realizing they could showcase not only their shared musical interests, but their future-forward tech sensibilities and aesthetic, the two joined forces and gave birth to d3adc0de (hacker jargon for an 8-byte hex signature left by hackers after they’ve take control of a computer).

“d3adc0de is an ambitious project that bend the lines between music, cinema, and performance, and becomes more rewarding for the fans that want to explore and immerse themselves into something alien,” explains Morgan about the sensorial environment that will enthrall listeners with a full-on immersive experience. “We plan to perform in unique venues that simulate and immerse the audience through augmented reality integrated with our concerts. Even now, we have built a Metaverse that allows a user to explore their virtual environment, learn about band members and watch the music video together with other fans.”

“In a world filled with ephemeral singles that come and go so quickly, our aim is to make music that commands your attention and requires you to engage and dive into it, ” concludes Morgan. “We hope to create the soundscape in your head that builds worlds in other existences.”

“Fight or Flight” by d3adc0de is out today on all DSPs. More music, videos, and remixes will be released soon.