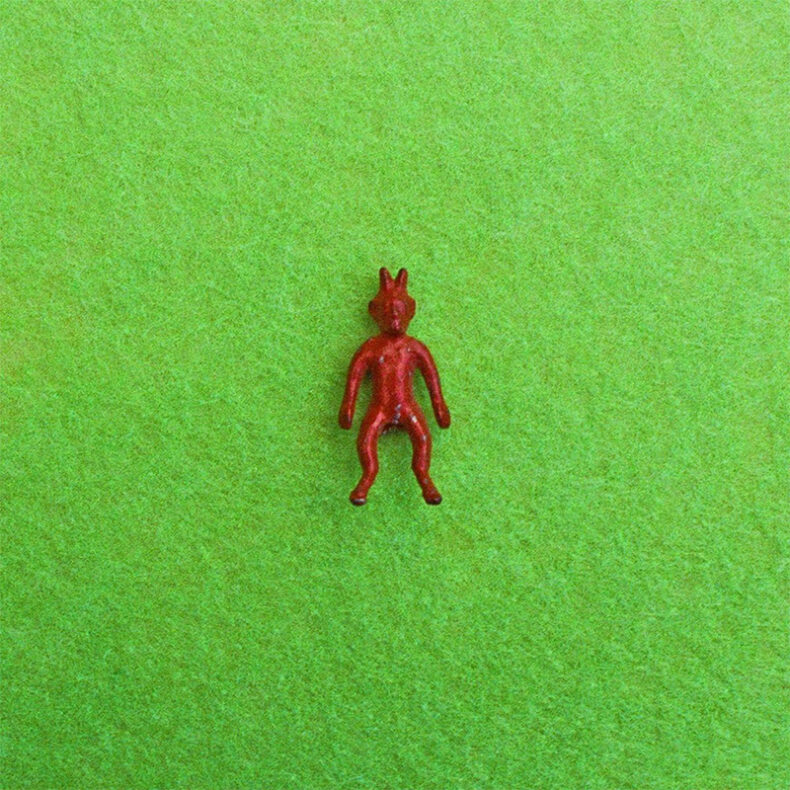 Ontario-based band Dizzy shares their new single and video, “Birthmark.” The track channels the feeling of a first love lost, via an uplifting melody and the band’s trademark warmth to temper the melancholic memories. “Birthmark”  is out now on Communion Records.

There’s a charm and a magic to Dizzy’s shimmering indie pop that feels designed to soundtrack life’s formative moments. Soaring melodies, beaming guitar licks, and a persistent beat offer encouragement to singer Katie Munshaw as she pores over a painfully abandoned relationship. Speaking about the track, she explains: “The song is from the point of view of someone I love who went through their first heartbreak last year. I remember we were laying in bed one night and they said they didn’t feel so bad until it was time to go to sleep. I thought that was so sad.”

The single is accompanied by a striking new video, of which Katie says: “The “Birthmark’” video is meant to be a visual representation of the saying ‘dancing with the devil.’ I wanted the visuals to feel more like a nightmare than a music video, hence its lack of narrative. We shot the video in a farm field in western Ontario so a lot of cow shit was stepped on to get these beautiful shots which I think is hilarious and fitting.”

Katie leads Dizzy into its next chapter donning a sinister mask, worn as a middle finger to an industry which places so much undue importance on appearance. “I’m a very anxious and sensitive person. Thinking about taking a bunch of photos and videos of myself, especially after two years in isolation, felt a bit shocking and scary, and like something I didn’t really want to do,” she explains. “I find it strange how musicians are often introverted people, yet one of the largest parts of our job is visually selling ourselves to an audience. It feels unnatural to pine for strangers’ attention to afford rent or whatever, and as someone who’s particularly sensitive, it isn’t sustainable.”

“Birthmark” is the follow up to Dizzy’s recently released single “Barking Dog,” which was produced by David Pramik (Selena Gomez, chloe moriondo) and mixed by Geoff Swam (Charli XCX, Caroline Polachek). Dizzy has released two albums so far, 2018’s Baby Teeth and 2020’s The Sun and Her Scorch. Both albums received critical acclaim and were nominated for Canada’s Juno Award for Alternative Album of the Year, which Baby Teeth won. In 2021, Dizzy released their Separate Places EP, consisting of new versions of track’s from their second album, reworked as collaborations with Flyte, Luna Li, Kevin Garrett, Overcoats and Jahnah Camille. Expect more new music from Dizzy in 2023.

by SPILL NEW MUSIC on October 20, 2020
THE INDIGO MAKE YOUR HEAD SPIN WITH NEW SINGLE “DIZZY” OUT NOW BEEF RECORDS Love. That weak in the knees, can’t breathe kind of love. Some envy it, while others are lucky enough to fall into it. But what happens when this love [...]