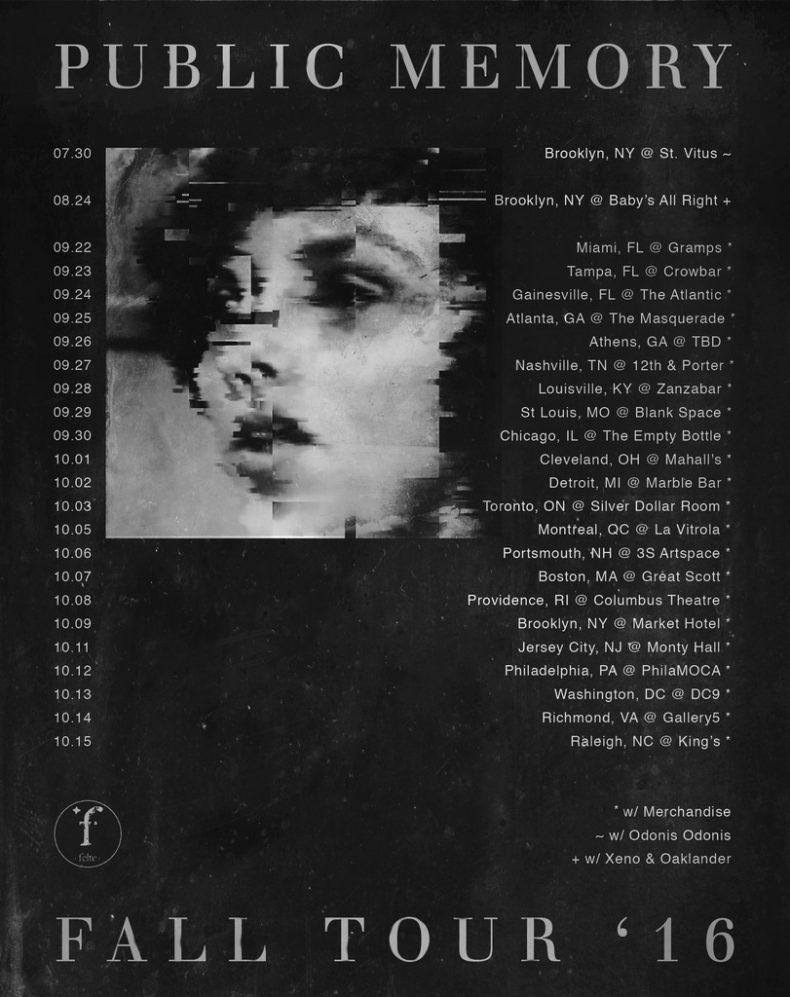 Earlier in the year Robert Toher (ex-ERAAS, Apse) released Wuthering Drum (via felte), his debut album as Public Memory. Today the Brooklyn-based musician is pleased to announce that he will be joining Merchandise on their upcoming Fall North American tour. The nearly month-long, 22-date tour kicks of late September in Miami. Prior to these run of dates Public Memory will play two Brooklyn shows; one with labelmates Odonis Odonis and another with Ghostly artist Xeno & Oaklander.

In anticipation of these tour dates Public Memory is sharing his new single “Gate at the End.” Speaking about the track, Toher says:

“The song is based on a sample that I pulled from an unearthed box of four track tapes that were recorded when I was living in Salem Massachusetts one fall, either 2002 or 2003. It has since been sped up. The song was one of the first pieces I wrote for Wuthering Drum, while I was living in a warehouse building in Cincinnati Ohio for a month on my way out to LA.

It didn’t really have a logical place on the album and I’ve been doing an earlier version of it live recently. I had been wrapping up odds and ends of old material in preparation to working on new material (which is happening now) and one of the pieces that reached its natural conclusion was this song.”