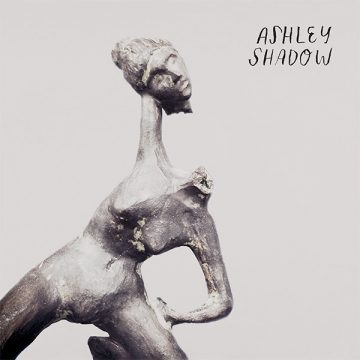 Ashley Shadow’s debut self-titled album is a consistently haunting piece of work reminiscent of ‘90’s female singer/songwriters like Tori Amos. Shadow has, up until now, largely made her career as a backup singer for groups like Bonnie “Prince” Billy and Pink Mountaintops, but her first step into the spotlight was a strong one made with confidence.

The first track, “All For You,” sets the mood for the rest of the album. Shadow’s clear voice is well accompanied by piercing piano and a rhythmic, low guitar line. Shadow’s voice lacks aggression but this is contrasted on the album by exciting, driving drum lines and intriguing vocal lines such as that in “Tired.” It is easy to get lost in Shadow’s voice as she slips seamlessly into complex, interesting harmonies that are some of the highlights of the album. In particular, Shadow’s layered singing over herself on “Another Day” is fun and comparable to some work done by the Indie Pop duo Tegan and Sara. “In Shadows” is one of the strongest tracks on this album. It is emotionally transparent and heartfelt with a slow, sad melody that brings the audience into her world for a moment. A distorted woodwind instrument plays in the background throughout, adding an eerie air to the song.

Ashley Shadow is a great album by a new artist who will be worth watching in the coming years. Shadow has some great instincts for songwriting and a very emotionally available vocal style, which will serve her well during future projects.

Daniel Mallett is a young journalist from London, Ontario pursuing a career in arts and entertainment writing. He enjoys music, theatre and visual arts and hopes to learn as much as possible about the artists working in Canada today. Mallett is also one half of the Toronto based folk duo Howl & Other Problems.
RELATED ARTICLES
album reviewsanother dayashley shadow
8.0