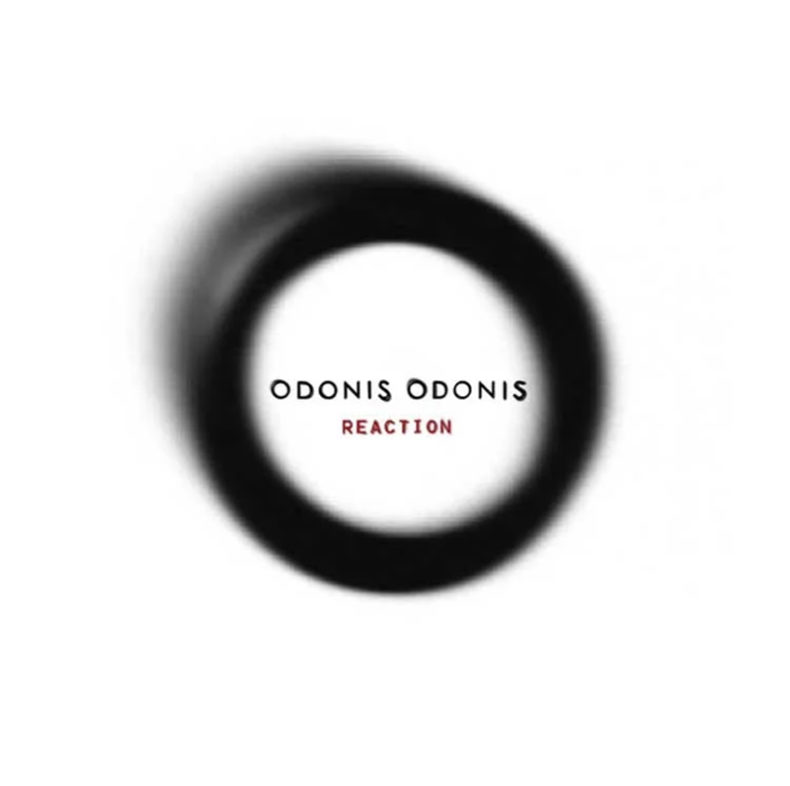 Toronto trio Odonis Odonis will release Reaction on April 12 via Felte (pre-order). Today the band shared the first single from the forthcoming EP. The track will be available on all streaming services this Friday and can also be shared at YouTube or Bandcamp. Odonis Odonis have also announced North American tour dates which will included shows in Chicago, Brooklyn, Philadelphia, Seattle, Los Angeles and performances at SXSW. All upcoming shows are listed below.

Odonis Odonis merges pulsing electronics and foreboding textures to create a palpable sense of doom. Drawing on EBM and industrial influences, Reaction finds the band further refining the sound they carved out on 2017’s No Pop LP. Noisy synths saturate the sonic space, cut with sharp, bruising rhythms. The band offers up club fare with the throbbing four-on-the-floor “Insect” lashed with whip-cracking drum breaks. A heavy atmosphere layered with taunting vocal provocations creep throughout the four-song EP, and by the final track “Rip,” howling screams propel a crushing climax.

The EP was written while the band was touring to support No Pop, and the evolution between the two releases is seamless. During this time, the band perfected the songs by testing them out live, chiseling away to the core of each piece. Recording also took place simultaneously while writing, and much of what made the cut is comprised of or structured around first takes. Produced, mixed, and mastered by the band themselves, Reaction is a concise, focused collection of songs that perfectly captures the band’s unrestrained energy and spontaneity.

SPILL NEWS strives to keep our readers up to date with news and events in the music industry. We keep you informed of the most recent information regarding new releases, tour dates, and information items about your favourite artists.
RELATED ARTICLES
feltenewsodonis odonis

by SPILL NEW MUSIC on May 5, 2017
HOUSES OF HEAVEN – “ALMOST HIDDEN” felte Houses of Heaven is the Bay Area three piece of Keven Tecon, Adam Beck, and Nick Ott. from their EP Remnant, due May 19 on [...]