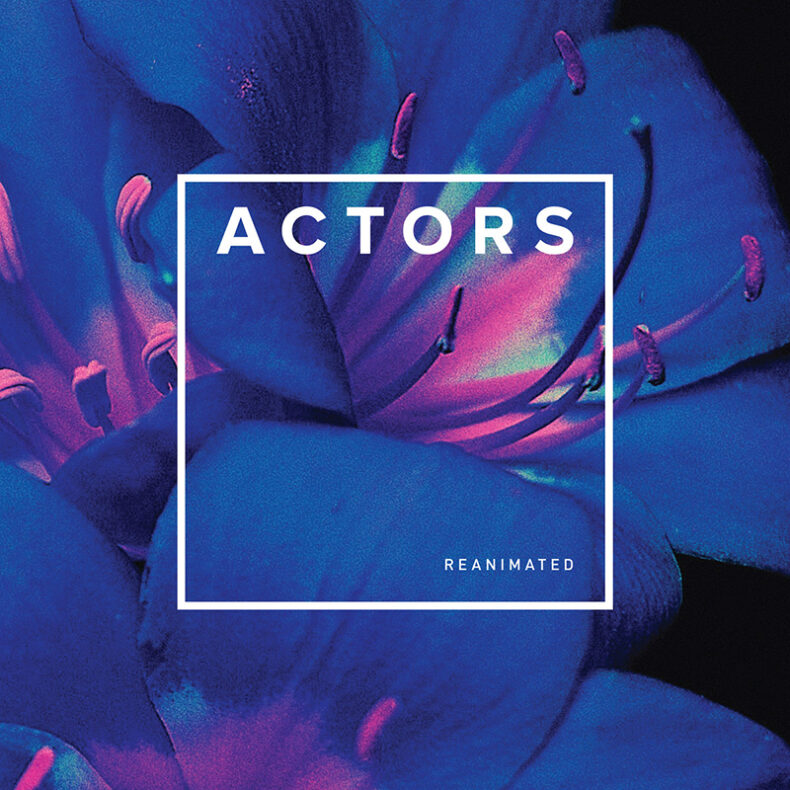 Post-punk masterminds ACTORS announce the release of Reanimated out on August 19th via Artoffact Records and share the first single off of the release, “Post Traumatic Love (Humans Remix).” With pulsating beats and unparalleled song-writing, the album is a celebration of the tenth anniversary of the band’s debut single “Post Traumatic Love”. The album is available for pre-order HERE and the new single is available to listen to today at THIS location.

On the release of Reanimated Shannon Hemmett (synth, vocals) comments:

“It’s the tenth anniversary of ACTORS’ debut single “Post Traumatic Love”. We wanted to do something special with Artoffact Records and re-release that single with b-side Nightlife. Those two tracks plus the PTL remixes are on the new Reanimated deluxe record!”

This Fall, the band will be bringing their beautifully sculpted live show across Europe and the UK. The European tour spans 29 dates starting in Glasgow, Scotland mid-October and wrapping in Warsaw, Poland in mid-November. All tour dates below. Tickets can be purchased at THIS location. 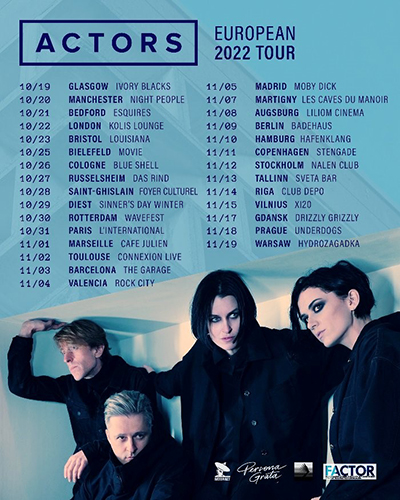 In Fall 2021, the band released their latest album Acts of Worship via Artoffact Records, which saw features on several “Best of 2021” album lists, major support from CBC Radio (4 singles added) and coverage in Exclaim Magazine, Brooklyn Vegan, Northern Transmissions, Vancouver Sun and Vancouver Guardian to name a few. It is now available on Bandcamp and Spotify via Artoffact Records.

The album was produced by Corbett at his own Jacknife Sound in Vancouver. On the release, he has stated: “It’s about embracing who you are and having the confidence to do what you feel and not be afraid. I made the first ACTORS album without caring about who would hear it. I think people can feel honesty in music whether they realize it or not. The new album is exactly where I wanted to go with ACTORS. It expands on the last album lyrically and sonically. It’s the next step of our journey.”

ACTORS’ 2018 album, It Will Come to You, also released on Artoffact, put the band’s moody, anthemic style on the map, earning these words from Post-Punk: “Vancouver’s brilliant post-punk and new-wave quartet ACTORS continue their flair for sonic cinematics… The atmosphere quivers with singer Jason Corbett’s crooning reverb augmented by shivering guitars and stark synths.” Three years later, the follow-up, Acts of Worship, is an album of driving beats, massive hooks, and dramatic atmospheres – equally melancholy and electrifying, it plays like the soundtrack to an imaginary Michael Mann film.