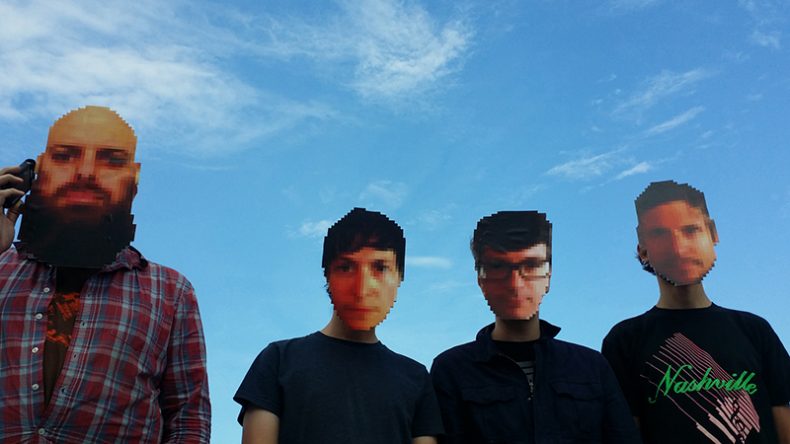 I caught up with Tim Condon, guitarist, keyboardist and producer for Fresh Snow, to discuss the band’s second album, ONE, which was released to critical acclaim on September 9, 2016. Condon, who hails originally from Australia, moved to Toronto, Canada after falling in love with ice hockey and Canadian culture.

Condon who had met Brad Davis in 2003, was invited to play with Davis, Andy J. Lloyd and Jon Maki, for a 45-minute live improvised set in the summer of 2010 at Duffy’s Tavern. That night, the Toronto-based instrumental post-rock foursome was created. The band jumped into a friends basement in early 2011 and started recording, which yielded their first release, a split 7″ record with Subpop artists, METZ, for Record Store Day in 2012. In August 2013, Fresh Snow released their debut album ‘I’ (Roman Numeral One) on Reel Cod Records.

“’I’ was anticipated to be the only album,” Condon says over a phone call on a sunny Sunday afternoon. “And actually ‘Olinda,’ the opening track of ONE, was originally recorded for ‘I’ but it didn’t fit with the album.” Condon is responsible for the multi-layered drones on the track and Lloyd contributed the bass line. 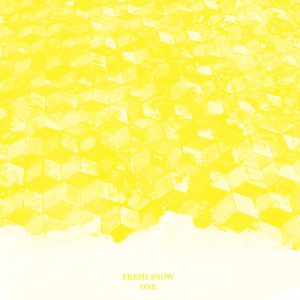 The foursome re-recorded “Olinda” with Graeme Walsh (Holy Fuck) at the Barn Window recording studio in 2015. Alongside this, Davis arrived with numerous loops for the band to experiment with. After two and a half days, the the bed tracks of ONE had been recorded.

“’Three-Way Mirror’ was actually a last minute addition [after the recording session],” Condon shares. “Brad brought in a fully formed track a week before the mastering session and its sense of urgency just seemed to fit with the album, and resulted in a last minute track listing change”. “Three Way Mirror” features Laura C. Bates on violin and French and English lyrics sung by Mila Petkovic.

On album the wash of sounds influence the band’s signature “wilfully noisy and loud” aesthetic. Yet live, Fresh Snow’s live bass and drums by Lloyd and Maki create more of a groove for dancing and is the foundation of most tracks.

“The band all have diverse tastes in music,” Condon says, “and what unites those tastes is the shared desire to not go backwards, through what we have already done.” Davis and Condon are interested in the ideas of different forms of noise as texture and melody. Maki (ex Toronto band, Tropicalia), the drummer, is influenced by drumming from numerous African countries and Lloyd, the bassist, is very groove -oriented. The result: Fresh Snow.

In the studio, layers of production can perfect a song for any band. But live, Fresh Snow’s songs can easily take on a new life form. To see what I am talking about, I highly recommend taking in Fresh Snow’s live show at Toronto’s inaugural In/Future Festival at the abandoned Ontario Place grounds Thursday, September 22, 2016. Condon said they are performing two new songs, not on any album. Given the uncertainty of anything that is musically improvised, and the fact that these songs may or may not make it on an album, I’d catch it live while you can.

Talia Wooldridge is an avid music lover, composer and ethnomusicologist who contributes artist interviews, live concerts, festivals and album reviews for Spill Magazine. She has written extensively on the intersection of music, personal identity and cultural symbolism with an early focus on Latin American Hip Hop and female Cuban rappers. In her spare time, Talia writes, composes music and manages Music Can Heal, a non-profit that brings live, award-winning musicians to inspire healing in hospitals, hospices and communities in need. Her next project is an interactive music-travelogue exploring music cultures and music travel around the globe. Follow her here: www.taliawooldridge.com + www.movetoyourownbeat.com.
RELATED ARTICLES
featuresfresh snowhand drawn dracula