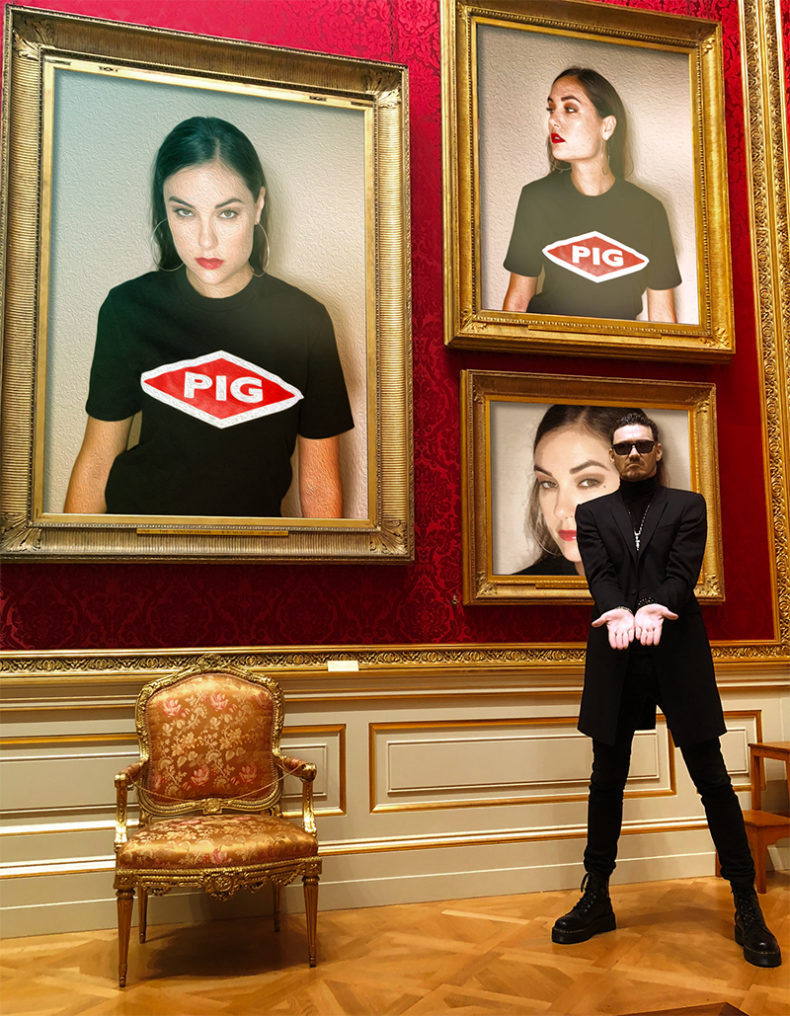 Directed by Gabriel Edvy, the sensually-charged black & white video is a dark disco romp, shot intimately and playfully with disco balls, light BDSM and sweat. “The idea behind the video was how to bring a darker more sinister overtone and texture to what seems to be an initially ‘upbeat’ song,” says Watts. “The foreboding nature of the video is despite of not because of the bright shiny disco elements in the song. Although we use some imagery that suggest a good time is being had… all is maybe not as it seems, possibly a reflection on the current situation we see when looking around at what is happening today in the world. Who is it telling us that everything is better than we could possibly imagine and we are drowning in delusions and force fed lies? But whose lies? Which side of the mirror is looking through a broken lens?” 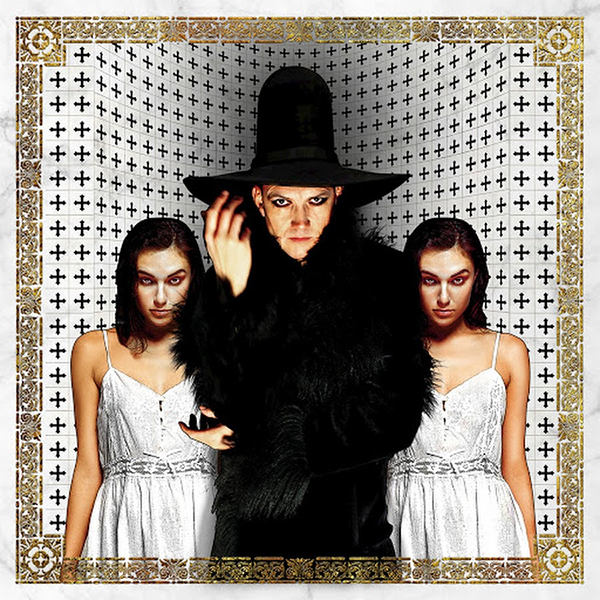 Watts and <PIG> have had a very exciting and active history since his beginnings in the late 80s.  Aside from his groundbreaking albums, he has been a visible part of the industrial music scene since the early 1980s. He has toured with KMFDM (of which he was also a member), Nine Inch Nails, Schaft, Schwein, and Einstürzende Neubauten, among others.  He has written music for fashion and film for Chloe, Marios Schwab, Halston, The Row and the sound design for the exhibit Punk: Chaos to Couture at NYC’s Metropolitan Music of Art.  But the most ground-breaking and perhaps most rewarding was his collaboration with the late and immensely celebrated fashion icon Alexander McQueen who commissioned Watts and his old Psychic TV partner-in-crime John Gosling to embellish the serene instrumental track “Inside” (from <PIG>’s Genuine American Monster album). The fluid soundtrack to McQueen’s masterpiece, Plato’s Atlantis, the show was reprised after McQueen’s untimely death as the finale of Savage Beauty, the posthumous retrospective that broke all records at The Metropolitan Music of Art in New York and Victoria & Albert Museum in London.

The eponymous EP include remixes from his previous album Risen by some notable names in the Post-Rock genre such as Stabbing Westward, Hanzel und Gretyl and Ego Likeness.