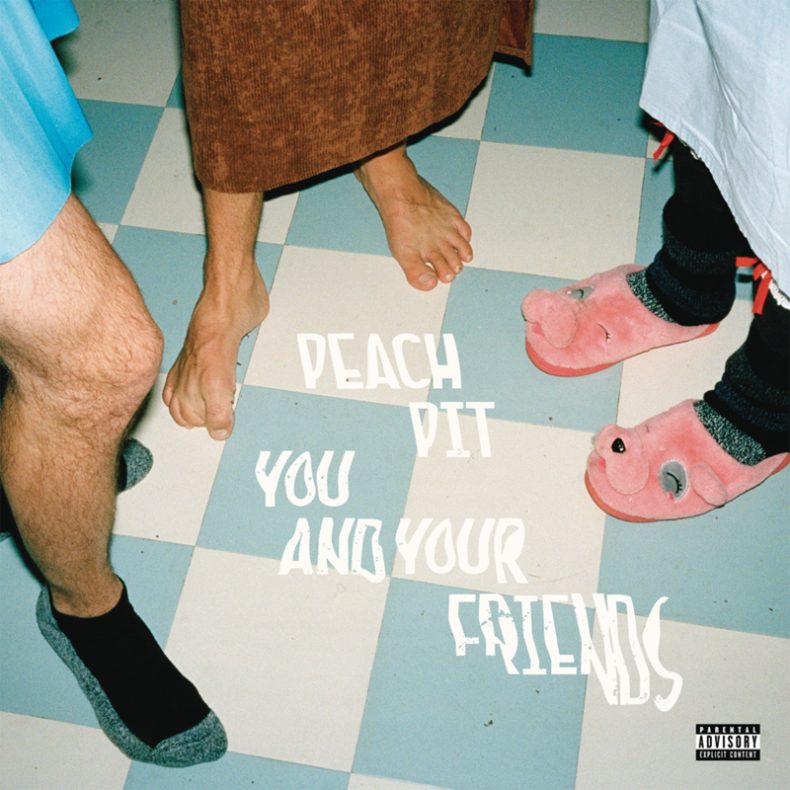 Peach Pit has announced that their sophomore album You and Your Friends will be released April 3 via Columbia Records. Watch the band’s album trailer HERE. The 12-track LP was produced by John Congleton [St. Vincent, Best Coast] and features new song “Black Licorice” as well as previously released tunes “Feelin’ Low (F*ckboy Blues)” and “Shampoo Bottles.” Pre-order/pre-save You and Your Friends HERE and see full tracklist below.

In speaking about the announcement, Peach Pit’s lead-singer Neil Smith says: “You and Your Friends is a collection of songs about me, people that the band and I care about, and some of the old friends we’ve had over the years. All the songs are written from true stories, some have been exaggerated more than others. We can’t wait to finally let go of it and start playing these songs for you out on the road!”

Peach Pit will embark on a massive UK headline tour which has already almost sold out this spring in support of their sophomore album. The first UK leg kicks off on May 20th in Dublin, IE (SOLD OUT) with stops in Manchester (SOLD OUT), Leeds, Bristol(SOLD OUT), Edinburgh (SOLD OUT), and Glasgow (SOLD OUT) before Peach Pit bring their show to Electric Ballroom, London on 27th May (SOLD OUT). See full tour routing below.

Due to popular demand, Peach Pit has added new dates to their upcoming headline tour, which kicks off this spring in support of You and Your Friends.