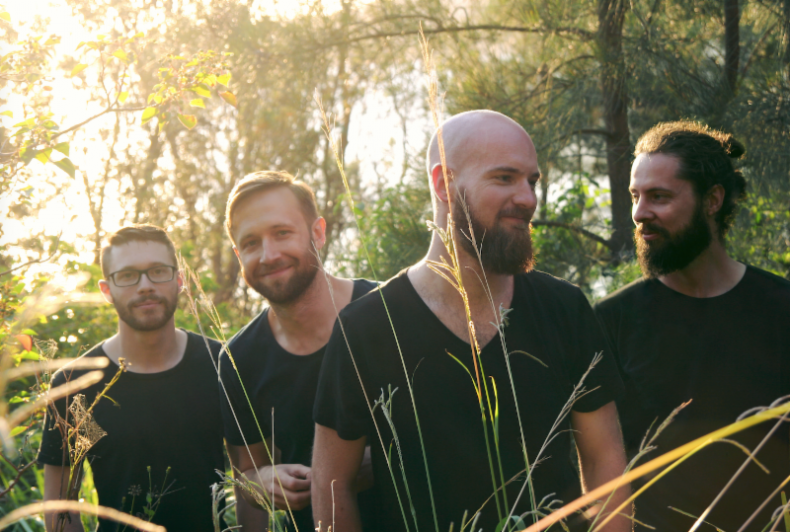 Instrumental post-rock/prog quartet sleepmakeswaves is currently on a U.S. tour behind the release of Love of Cartography, out now on Bird’s Robe Records. Yesterday, the Australian melodic-prog rockers debuted the video for “Traced In Constellations” with Brightest Young Things, who said, “While the video itself is hypnotizing (I could easily stare at it for hours), the song straddles the line between mesmerizing and energizing.”

The clip for “Traced In Constellations” is an animated journey through the stars as bassist Alex Wilson elaborates, “We’re an instrumental band so the idea of music as a kind of sonic geometry fascinates us. We love the idea of playing with sound as lines and shapes that cross, weave and tessellate into something greater than the component parts.”

sleepmakeswaves are currently crossing the country with Indiana’s The Contortionist and UK prog act Monuments, bringing their dynamic and powerful live performance to the U.S. until ending May 1 in Detroit.

LOC is the second album from the Sydney ambient/melodic post-rockers and is their most intricate and energetic record to date. Recorded in Byron Bay with producer Nick DiDia (Pearl Jam, Stone Temple Pilots, Karnivool, Rage Against The Machine), the album was released internationally in September 2015 and was nominated for an ARIA Award for Best Hard Rock/Heavy Metal Album and an AIR Award for Best Heavy Album.

With a series of memorable and thundering sequences, the album presents the band’s continued desire to map new creative directions within an instrumental rock framework. sleepmakeswaves’ heavy touring schedule the past three and a half years (sharing stages with 65daysofstatic, Karnivool & Russian Circles) has honed their powerful live energy, which is captured impressively on the album and illustriously shines on the stage.