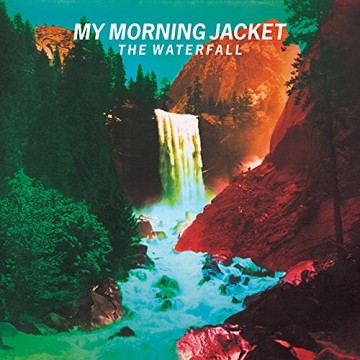 US Tour Kicks Off

“The Waterfall is the band’s most adventurous album in years.” – Rolling Stone

Two-time GRAMMY (r) nominee My Morning Jacket kick off their latest set of American tour dates today and they are also unleashing their magical first music video from their latest album, The Waterfall. Directed by Danny Clinch, and incorporating one of the most monumental shows of their career at the sold-out Red Rocks Amphitheater, the video for “Compound Fracture” is a visually stunning and dazzling timepiece of the band in their element.

MMJ said of the video, “The spirit and electricity we felt playing at Red Rocks was one of the most magical experiences we’ve ever had. Having our friend Danny [Clinch] and Tour Gigs there to capture that moment was something we treasure – now we’re so excited to be able to share that special night with everyone through this video.” And Danny Clinch added, “After directing the filming of the band at Red Rocks for a live stream, we realized how cool it would be to cut a video from the time we spent there. My conversations with the band are always about how we can make the video strange, mysterious, and interesting. I chose my friend Gabriel Judet-Weinshel, a very adventurous editor/filmmaker to go for it and edit the video together. He definitely killed it and we’ve created a modern take on psychedelia, which suits My Morning Jacket perfectly.”

My Morning Jacket performs three songs on the season premiere of Later…With Jools Holland on  Palladia at 10:00PM on October 1 (along with Foals and Disclosure) with multiple re-airings throughout the rest of October. The show originally premiered on BBC 2 in the UK, and their performance of “Believe (Nobody Knows)” now on YouTube.

The Waterfall was released on May 4 via Capitol/ATO Records. Co-produced by Jim James and Tucker Martine, the album was recorded at Panoramic House Studio in Stinson Beach, CA. Catch MMJ live at one of their dates this fall culminating in four nights at the Beacon Theater in New York City.

“The Waterfall reaffirms that My Morning Jacket is one of the most exciting American rock bands.” – Pitchfork

“May be their richest album yet.” – Entertainment Weekly

“Best album in a decade.” – Grantland