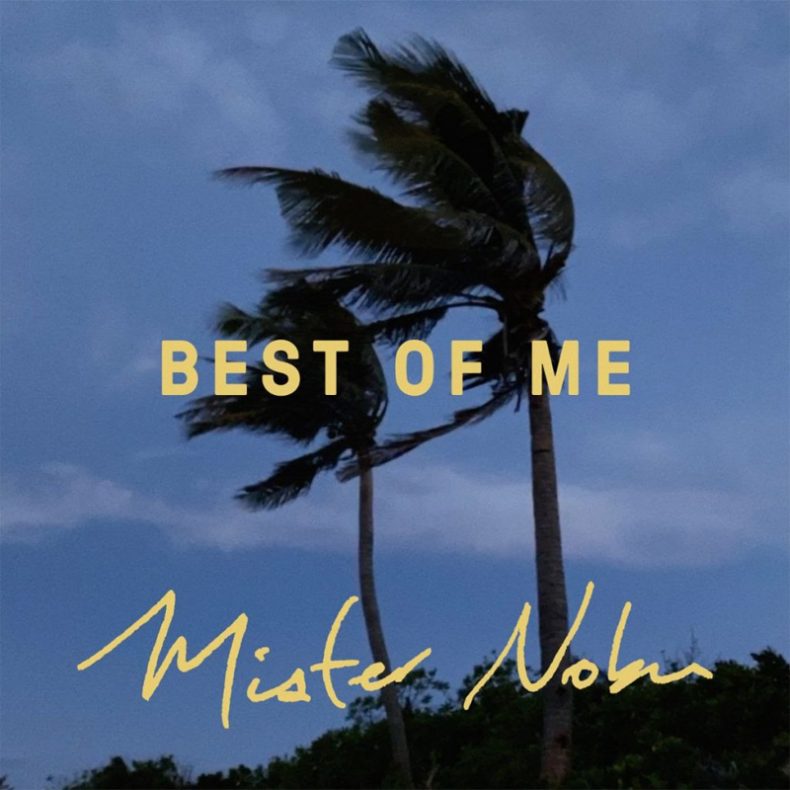 Mister Nobu is the solo project of Nobu Adilman, co-founder/director of Toronto’s Choir! Choir! Choir!. Today, he shares the first new single, “Best Of Me”, from his upcoming LP TAVIE, out March 27 via Arts & Crafts. “TAVIE is all about the highs, lows, and ultimate breakup of a 20-year marriage but, the record begins with ‘Best Of Me’, a song about my father who died over ten years ago,” says Adilman. “Working through the grief, I developed a stronger relationship with the dead, realizing that these bonds can continue to develop despite the absence of physical presence. That shift in perspective has made me feel less alone.”

The twelve songs on TAVIE indelibly mark the emotional highs and lows of a perfect relationship running out of time. The range is unapologetically diverse but slides comfortably under Indie Pop, celebrating melody, harmony, and unironic emotionality. There are ballads, there are dancers, and, in one case, a popified cover of “Deep In A Dream”, the 1938 slow jam made famous by Chet + Sinatra.

The album is “mostly about connection,” says Adilman. “From my TV work to music stuff, I generally like to explore human interaction by throwing everyone into weird and collaborative creative environments. Music has a beautiful way of pulling people’s guards down, and cutting

through lots of emotional red tape quickly. Music helps me process my emotions, my life, and, if I can get it down in a song, then I feel more resolved.”