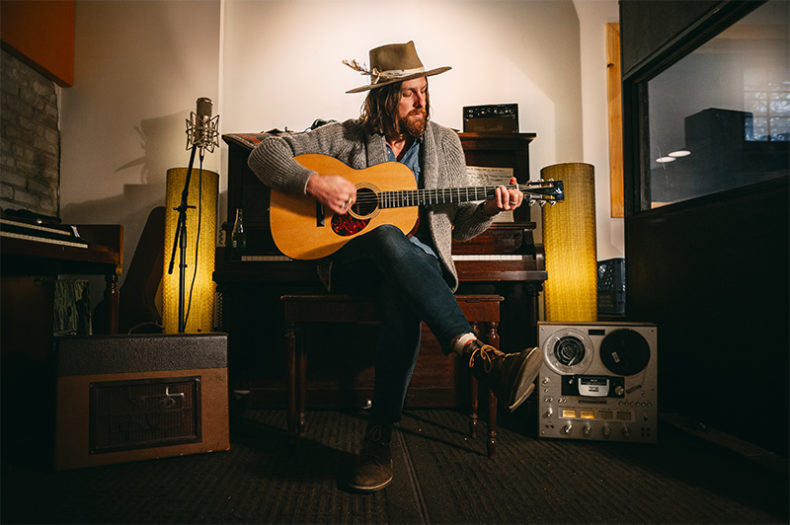 “I think if a song has meaning and is played with heart it can be done in a million different styles, tempos, time signatures, and colours.” ~Matt Mays

The album’s lead single, “Ola Volo,” premiered this morning via CBC’s q, and is now available to stream on digital platforms around the world. The song, which swaps blistering guitars for breezy ukuleles and Hawaiian-inspired pedal steel in its newest formation, is inspired by a Vancouver-based mural artist of the same name who also created the original album art for both records.

Re-contextualizing the songs offers a new window into the lyrics. What he once described as a “party-rock record for the brokenhearted” transforms into a reflective and beautiful dive into false escapism, grief, love, and loss.

Pre-Order Twice Upon A Hell Of A Time… HERE

Twice Upon A Hell Of A Time… Track Listing

by Mike Johnston on February 12, 2021
Matt Mays From Burnside With Love Sonic Records Lighters up for Matt Mays! The Nova Scotia-based folk rocker continues to quietly evolve his sound with his ninth album: From [...]

by SPILL NEW MUSIC on May 8, 2019
LEANNE HOFFMAN – “WHAT REMAINS” A Spill Exclusive Album Premiere Leanne Hoffman’s work is a tribute to the magic of songwriting. The Halifax based [...]

by SPILL NEWS on May 14, 2018
CANADIAN MUSIC WEEK ANNOUNCES THE 2018 JIM BEAM INDIES WITH INDIE88 WINNERS Canadian Music Week is thrilled to announce the winners of the 2018 Indies – presented by Jim Beam with Indie88 at the Phoenix Concert Theatre in [...]
8.0

by Morgan Harris on October 20, 2017
Matt Mays Once Upon a Hell of a Time Sonic Records/Warner Music For long time Matt Mays fans it has been one hell of a long wait for new music. Five years and one month to be exact since [...]