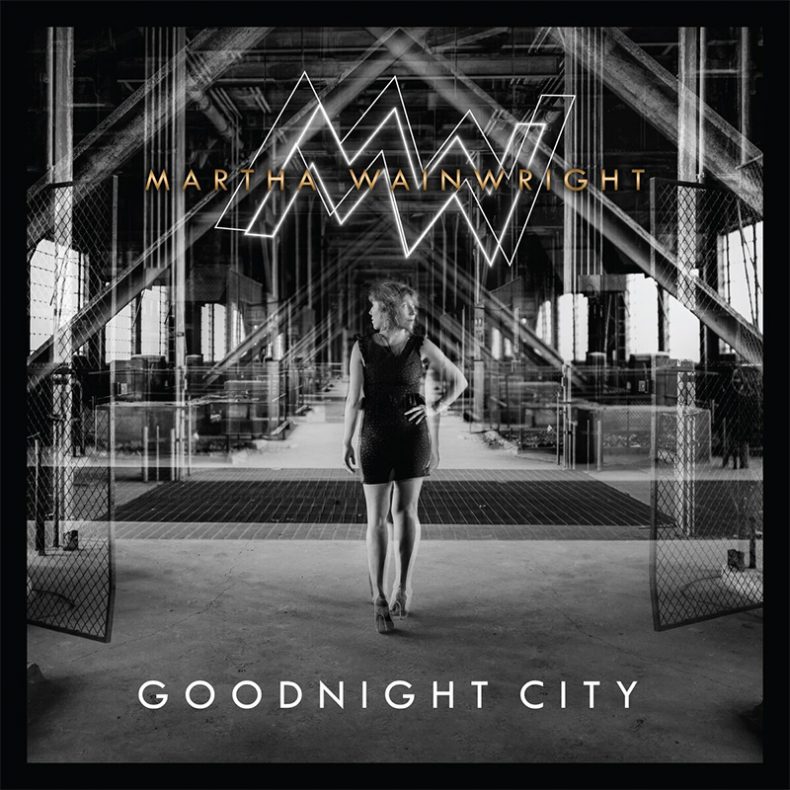 With an undeniable voice and an arsenal of powerful songs, Martha Wainwright is a beguiling performer and refreshingly different force in music. Cadence Music is thrilled to announce the highly-anticipated release of Martha’s new album, Goodnight City, out November 11th. The album features the first single, Around The Bend, and is available to pre-order now below. Martha is set to play M for Montreal on November 16th at the Rialto Theatre and on November 18th at Le Poisson Rouge in New York City.  More shows to be announced soon.

Goodnight City is the follow up to her critically successful 2012 release, Come Home To Mama, and is poised to be her best album yet. With a group of 12 new songs we see a musical return to the rawness Martha first created on her debut self-titled album. For Goodnight City she enlisted producer Thomas Bartlett (Sufjan Stevens, Glen Hansard) and Brad Albetta (Angus & Julia Stone and Teddy Thompson) to a create a poignant album that covers a dynamic spectrum in a fluid and cohesive manner.

“Making “Goodnight City” was the most fun I’ve had in a long time. Thomas (keys), Brad (electric/bass), Phil Melanson (drums), and I would sit in a circle and work out arrangements for these vividly different and very good songs. Recording them live with very few overdubs the focus remains on the integrity of the song and our ability to play together as a band.” Martha continues; “It was often exhilarating and sometimes for me, who was the most out of practice, quite exhausting. My fingers bled, my voice got sore but we pushed through to get to the sound of oneness which I think is achieved on this record.”

Martha wrote half of the songs from the album, while the other half were songs offered to her from great songwriters like Beth Orton, Glen Hansard, her brother Rufus Wainwright, Michael Ondaatje, and Merrill Garbus of tUnE-yArDs. Martha shares;”Because these writers know me and because I was able to personalize these songs by changing things here and there, I made them feel as if I wrote them myself. Somehow they wonderfully reflect my life and I am so thankful to the other artists for writing them.” The album was recorded in Montreal, where Martha and her husband have resided for the last couple of years with their 2 children.

Martha was born in New York City to folk legends Kate McGarrigle and Loudon Wainwright III. She Rufus Wainwright’s sister and they often collaborate in shows and on records. Martha is also half sister to Lucy Wainwright Roche and they recently made a record together, Songs In The Dark, to much acclaim including a Juno nomination. Martha tours her music around the world to sold out audiences on several continents. She has spent time on the silver screen playing characters in Martin Scorsese’s “Aviator” and more recently in the HBO special “Olive Kitteridge” alongside Frances McDormand. Currently Martha is finishing up a book titled “Stories I Might Regret Telling You” which, like her songs, is a window into her life without artifice, pretension or fakery.

SPILL NEW MUSIC strives to keep our readers up-to-date with new releases by your favourite artists, keeping you informed of new album, single, and video releases. Stay tuned -- who knows, you might just discover your new favourite band.
RELATED ARTICLES
around the bendcadence musicgoodnight city