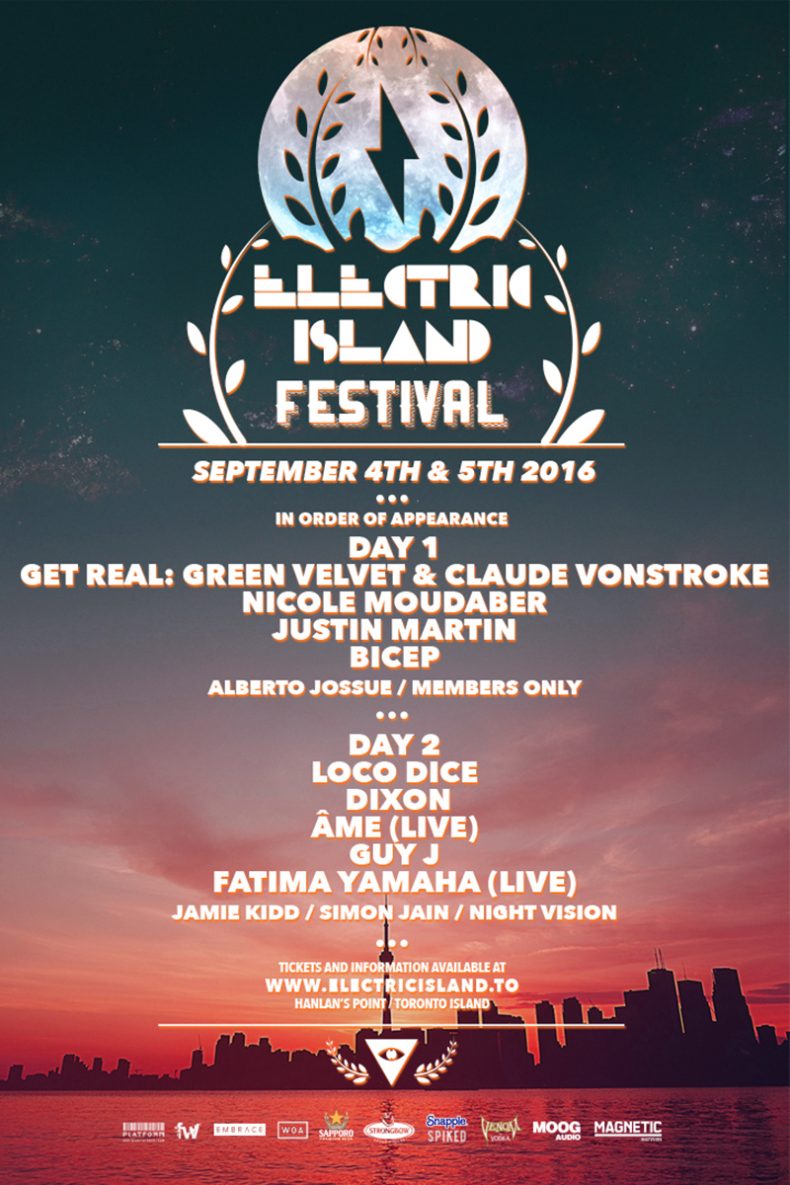 On Sunday, September 4 and Monday, September 5, for the very first time Electric Island will open its doors for a two day, back to back special. Packed with double the DJs, the Labour Day weekend will be a finale like you’ve never seen before!

As always, both days will feature a range of sounds. Day 1 will hear lighter, bumping and sinfully, groovy techno with acts like Get Real: Claude VonStroke b2b Green Velvet to the heavier, dark baselines of techno maverick Nicole Moudaber. Dirtybird staple Justin Martin will dish out his signature twist of Hip-Hop inspired G-house, while Irishmen Bicep lay down some deep, progressive chords and entrancing vocals. As the sun sets upon Day 1, there’s no time for slowing down! Day 2 is stacked with some of the biggest names on the global dance music stage.

Fatima Yamaha will make his Electric Island debut, wowing crowds with his blend of electronic pop. The big room, deep progressive sounds of artists like Guy J and live act Âme will be definite crowd pleasers. Changing the mood up will be a sought-after name among the techno community, the one and only Loco Dice. Not to mention, Innervisions’ boss Dixon will be there to take crowds on an unforgettable journey! We couldn’t think of a better way to bid Summer 2016 good-bye than a two day get-a-way on the lush, green island, surrounded by friends and astounding music.

SPILL NEWS strives to keep our readers up to date with news and events in the music industry. We keep you informed of the most recent information regarding new releases, tour dates, and information items about your favourite artists.
RELATED ARTICLES
electric island festivalnewstoronto