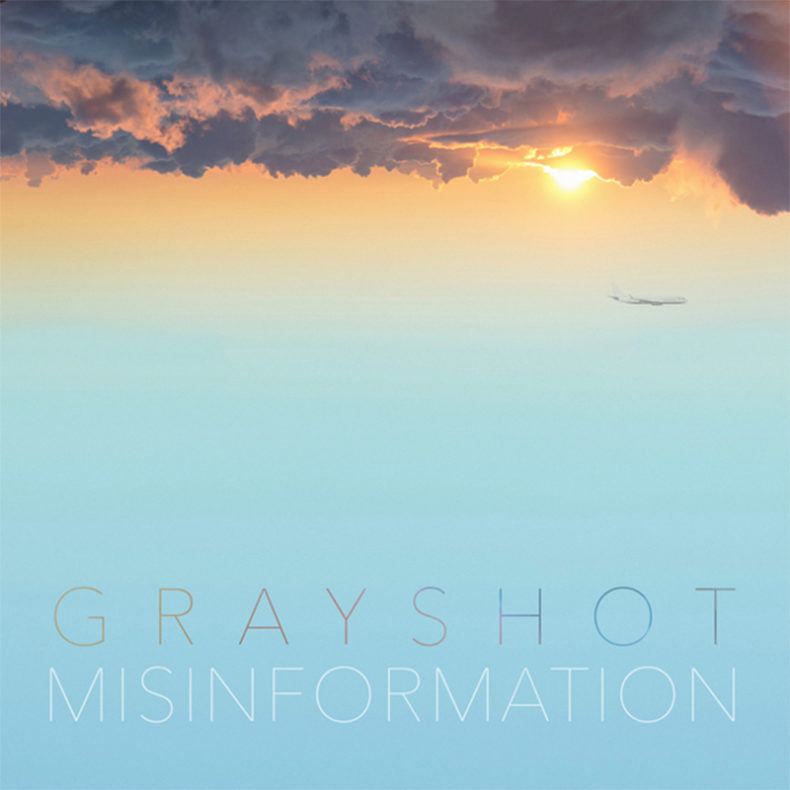 On Monday, November 26th, Dictionary.com revealed their choice of Misinformation as ‘Word of the Year.’  Is it only a coincidence that the word is also the title for the new single from Grayshot, the Minneapolis band featuring a pair of brothers, Christian and Aaron Ankrum. The word choice, as another Minneapolis musician once sang, is a “Sign O’ The Times.”

Of the selection, Jane Solomon, a linguist-in-residence at Dictionary, said in a recent interview that her site’s choice of “mis” over “dis” was deliberate, intended to serve as a “call to action” to be vigilant in the battle against fake news, flat earthers and anti-vaxxers, among other conduits.

“The rampant spread of misinformation is really providing new challenges for navigating life in 2018,” Solomon told The Associated Press.

The band Grayshot fully concurs. Christian Ankrum who handles vocals on Misinformation explains, “It’s a song for people who know they’re right, even when they’re wrong.” Brother Aaron adds, “it stems from the current culture of running with the rumor instead of waiting for the truth, especially when it benefits the messenger.” The song was inspired by the daily flood of ‘misinformation’ and the sleight of hand of our leaders, marketers selling us short, social media influencers distorting reality. Modern musical angst, yet the song itself is anything but. Misinformation is a bright, power pop synth confection, the song’s candy coating obscuring the poignant message at its core.

The accompanying video for Misinformation is a remarkable one-shot featuring a propulsive performance by Ryan Lance (of Minneapolis a capella superstars, The Blenders) which faithfully matches the song’s kinetic production style. The video was directed by Christian Ankrum and shot on Lake Street in Minneapolis.