SPILL NEW MUSIC: LEVELLERS ANNOUNCE BRAND NEW ALBUM ‘TOGETHER ALL THE WAY’ | SINGLE “DOWN BY THE RIVER ‘O'” OUT NOW 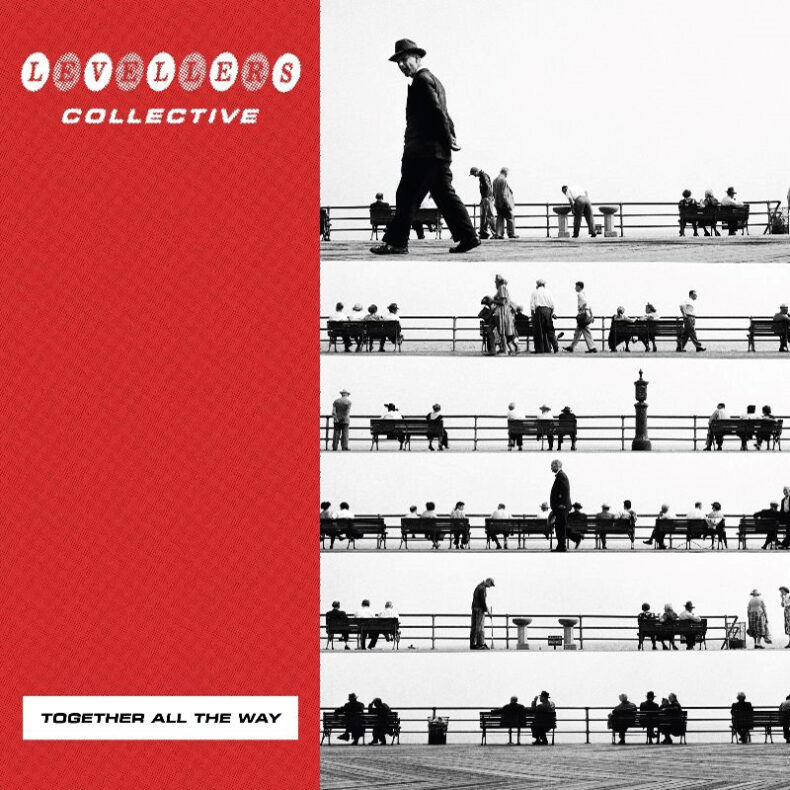 ON THE FIDDLE RECORDINGS

Levellers have announced their brand new acoustic album Together All The Way, the follow up to their 2018 Top 20 album We The Collective. The album will be available on limited edition Red Vinyl and CD and can be pre-ordered HERE

The first song “Down by the River ‘O” is available now on all streaming platforms and was written by friend and collaborator Rev Hammer about the Great Flood of 1968 in Buntingford.

The last ‘Collective’ album was recorded at Abbey Road with the legendary John Leckie five years ago and resulted in their highest chart position in twenty years. Levellers always planned to do another album where they acoustically reworked songs from their back catalogue, but eventually came to the conclusion not to try to top what they achieved with We The Collective but to go another way.

So they decided to strip everything right back and go for a more traditional, folk approach as they reimagined various songs from their past. They reconvened the collective – this time with Sean Lakeman producing and Al Scott mixing – at their own Metway Studios in Brighton. Everything was recorded live, with the musicians playing through the songs until they had versions they were happy with.

Of the album and recording, the Levellers say, “It was truly a fun record to make, under the rigorous guidance of Sean. Sean’s a musician himself, always bringing ideas and get out of jail free suggestions when we got stuck. It’s a stripped back, raw iteration of the collective with deep folk leanings. As energetic as the first one but definitely different.”

Levellers were joined again by Hannah and Ollie from the Moulettes on cello, vocals and percussion plus the mighty Dan Donnelly on his first official Levellers recording.

Together All The Way is scheduled for release in March 2023, to coincide with the band’s acoustic tour of theatres and venues around the country, with special guests Moulettes (Duo), Wilswood Buoys and Jess Silk. Tickets are available from myticket.co.uk.

And 2023 is an extra special year for the Levellers as not only do they celebrate 35 years of being a band, but it will also be the 20th Anniversary of their hugely acclaimed Beautiful Days Festival, one of the biggest independent music festivals in the UK.

Full Acoustic tour dates are as below.

Levellers
Together All The Way
(On The Fiddle Recordings)
Release Date: March 2023