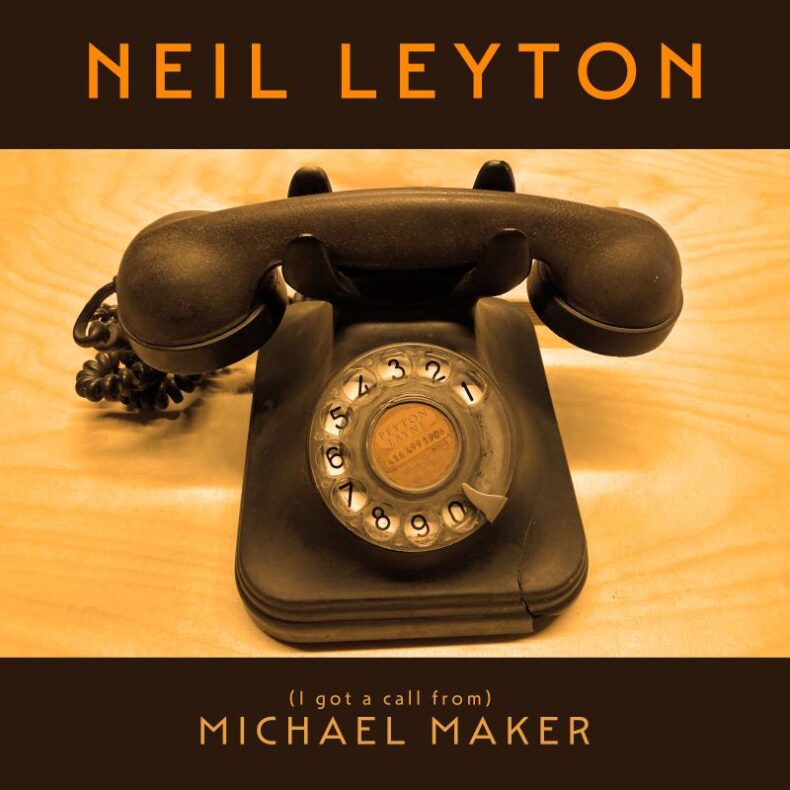 NEIL LEYTON – “(I GOT A CALL FROM) MICHAEL MAKER”

Portugal-based Toronto songwriter Neil Leyton has just announced the release of his newest single “(I Got A Call From) Michael Maker” out December 12th on Shame Destroyer Records. The new single follows Leyton’s tradition of crafting sing-along pop anthems with garage-rock-grit. Leyton’s roots in the North American and Scandinavian underground rock scenes informs the stripped down recording style on the recording. With roomy drums, redlined guitars and hot vocals, the single calls to mind Leyton’s influences: Hanoi Rocks, Dogs d’Amour, The Chamber Strings, and of course The Makers.

Regarding the theme of the new single, Leyton explained, “I was driving in Lisbon listening to some Chamber Strings with Kevin Junior, who my Finnish friend Mikko Jokela turned me onto. Then I switched to a Makers album I had not heard in a while: Strangest Parade. I was thinking, what if Michael Maker called the late Kevin Junior… what would he say? So many songs on Strangest Parade ring true today, all the misery in the world. I wonder if he even knew the Chamber Strings though, he might dial the wrong number up in heaven and not reach Kevin… he might somehow dial back in time and get me instead, on my old Toronto phone number at the Peyton Layne, on the couch listening to The Makers’ Rock Star God… and so the entire song, (I got a call from ) Michael Maker just came to me like that. As soon as I got home I sat down with my old Levin acoustic from 1950, that I bought from Stevie Klasson in Stockholm, and demoed the song in one take, one sitting. Recorded it at Canoa Studios with Johnny Sousa, the Lusitanian Ghosts’ drummer, as well as Nelson Canoa on the Hammond. My daughter Violet sang backing vocals! I suppose you could describe it as a pseudo-telepathic time-traveling reverie imbued with my usual humanist hope for the future. Oh, and here’s to hoping that The Makers make another record! Long overdue.”

Born in Lisbon and raised in Toronto Leyton was a founding member and songwriter in Canadian art-glam indie project The Conscience Pilate. He founded the Fading Ways record label and released three critically acclaimed solo albums, Down Secret Avenue with the Last Lovers, From the Brighter Side of Her Midnight Sun and The Betrayal of the Self. He has played guitar as well as bass for other musical projects live and in the studio, including Canadian rockers Crash Kelly (fellow Canadian musician Sean Kelly’s band) and Barry Walsh’s Canadian power pop outfit Galore. He participated in a side-project with Ky Anto, titled Pretty Volume, and recorded an EP with fellow Canadian guitarist Rich Jones and The Wildhearts’ frontman Ginger in the UK. The Hellacopters’s Nicke Andersson and Backyard Babies’s guitarist Dregen were guests on Leyton’s The Betrayal of the Self album and Leyton in turn participated in a side project with Andersson called The Point. Leyton also co-wrote and sang on Andersson’s debut solo album Imperial State Electric as well as performing live with them in Spain and Sweden. Leyton is now fronting a new artist collective, Lusitanian Ghosts, together with Micke Ghost from Sweden. This new single “(I Got A Call From) Michael Maker” is the beginning of a new era of Neil Leyton solo releases that will be coming out in 2023. Fans of gritty and glammy Scandinavian rock will be thrilled by the new music Leyton is creating and releasing in the coming months.