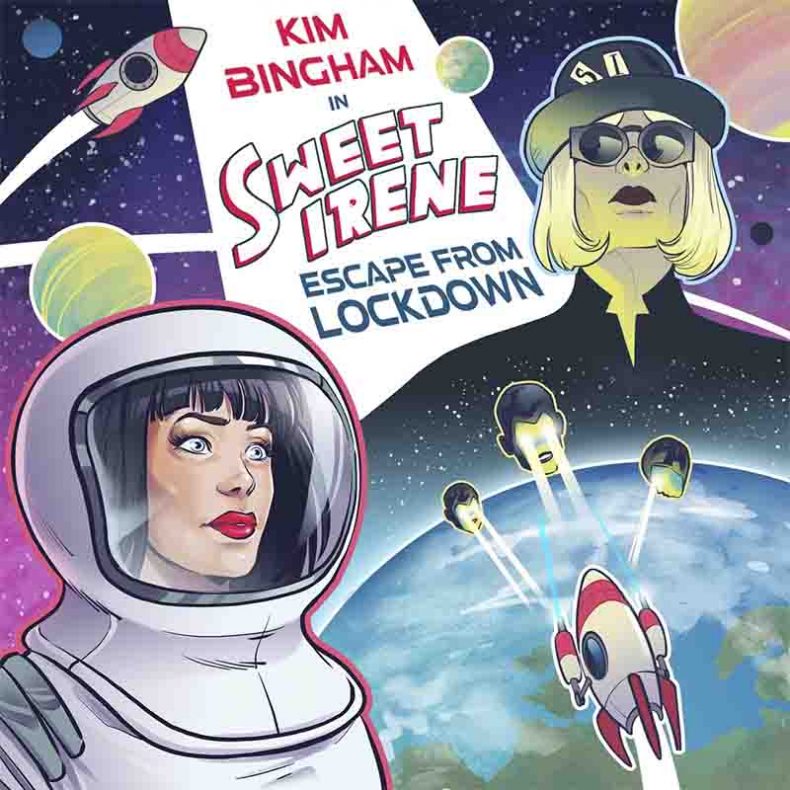 Indie veteran Kim Bingham has led a storied career that began in the early-90s with her third-wave ska band Me Mom and Morgentaler and backup singer for Nelly Furtado amongst others. Eventually, she blossomed into an esteemed solo artist releasing material under the name Mudgirl and then going by her own name. She returns with a new music video for this energetic power-pop song from her 2012 LP UP! titled “Sweet Irene (Escape From Lockdown)”. With a catchy chorus that straddles the line somewhere between ABBA and The Runaways, Bingham’s guitar-driven melodies are put on full display

The accompanying video is a mesmerizing mashup of Instagram filters of space-age proportions and adds another iconic chapter to her legacy. Featuring 52 filters and shot entirely on the social media app, the concept came from director Jolyon White who had been thinking of a way to create an art piece using only Instagram. The idea quickly became the zany sci-fi experience seen in the video.

“Sometime in April during the lockdown, Jolyon contacted me about doing a music video using a bunch of Instagram filters,” says Bingham. “I suggested that there should be a light narrative to it, that we could make it a sci-fi story using the green screen and lighting kit I had at home and my astronaut costume from Halloween. So was born the concept of the video ‘Sweet Irene – Escape From Lockdown’.”