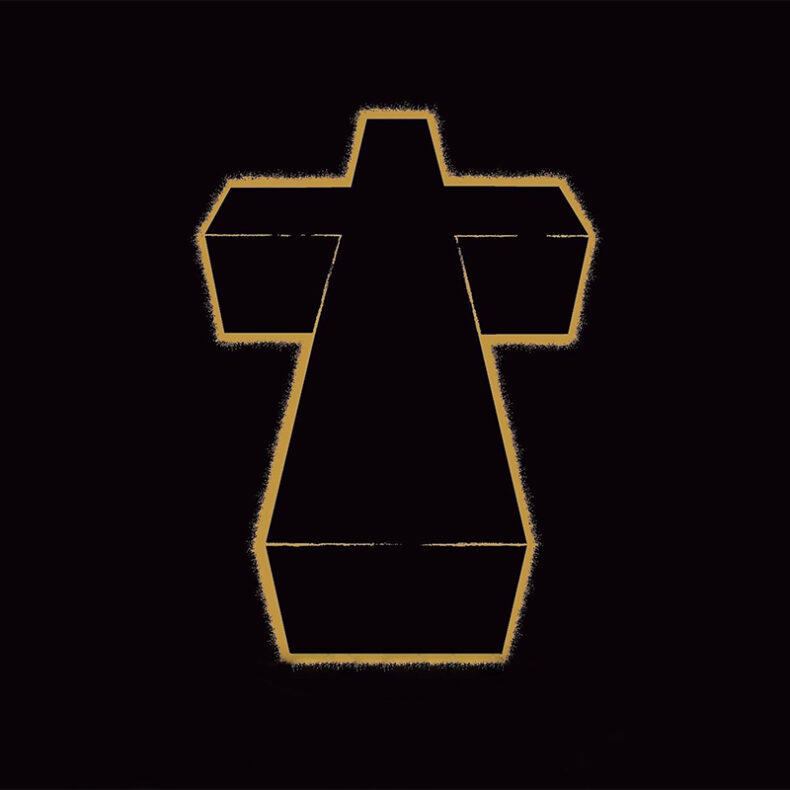 Multi GRAMMY Award-winning duo Justice have just announced details for an impending deluxe edition of their era-defining debut album ​​†, set for digital release via Ed Banger Records / Because Music next Thursday, December 15 in honor of the album’s 15th anniversary. The deluxe edition, which comprises the original album plus an additional 6 bonus rarities, including the previously unissued album outtake “Donna,” multiple demos, and a new version of their trailblazing hit single “D.A.N.C.E.” featuring Logic (available to stream now), arrives amid a flurry of reissues from the band, including lavish new vinyl pressings of their celebrated 2008 live album A Cross The Universe, 2008 Dior soundtrack Planisphere, and the digital release of the extended “D.A.N.C.E.” EP compiling all the various versions and remixes of the song.

Upon its release 15 years ago Justice’s debut album changed the course of electronic music, kick-starting an era where DJs and producers were embraced with a fervor previously reserved for rockstars. The ​​† tour embraced the bombast of rock concert aesthetics, with the band flanked by a giant wall of Marshall speaker cabinets amid visceral light shows – culminating in the release of the concert film and accompanying live album A Cross the Universe. In the intervening years the band has continued releasing a stream of acclaimed albums, most recently including the career-spanning live-in-studio album Woman Worldwide (awarded the Grammy Award for Best Electronic/Dance Electronic Album in 2017) and subsequent live film IRIS: A Space Opera.

Buy A Cross The Universe & Planisphere Out In Vinyl For The First Time HERE
Listen To D.A.N.C.E. (Extended) EP HERE

by Calum Moran on February 18, 2022
Metronomy Small World Because Music Metronomy — the Joseph Mount-led collective from England — is now on their seventh album and seems to be taking things easy this time around. Understated is probably the word for it. Mount’s vocals shyly coax [...]

by SPILL NEWS on June 2, 2021
AIR’S NICOLAS GODIN ANNOUNCES CONCRETE AND GLASS (EXPANDED EDITION) TO BE RELEASED ON JUNE 25 + NEW SONG “ANOTHER SIDE” FT WE ARE KING BECAUSE MUSIC When Air’s Nicolas Godin released his second studio solo album Concrete [...]
7.0

by Br. on August 24, 2018
Justice Woman Worldwide Ed Banger Records/Because Music French dance DJ duo Gaspard Augé and Xavier de Rosnay have been one of the most sought after and acclaimed dance acts since their debut in 2011. Capable of crafting some of the most [...]
7.0

by Aaron Badgley on November 17, 2017
Charlotte Gainsbourg Rest Because Music/Warner Music Known mainly as an actress, Charlotte Gainsbourg began her singing career at the age of 12, when she sang with her father, Serge Gainsbourg, on his 1983 single “Lemon Incest”. Since then she [...]

SPILL TRACK OF THE DAY: JUSTICE – “SAFE AND SOUND”