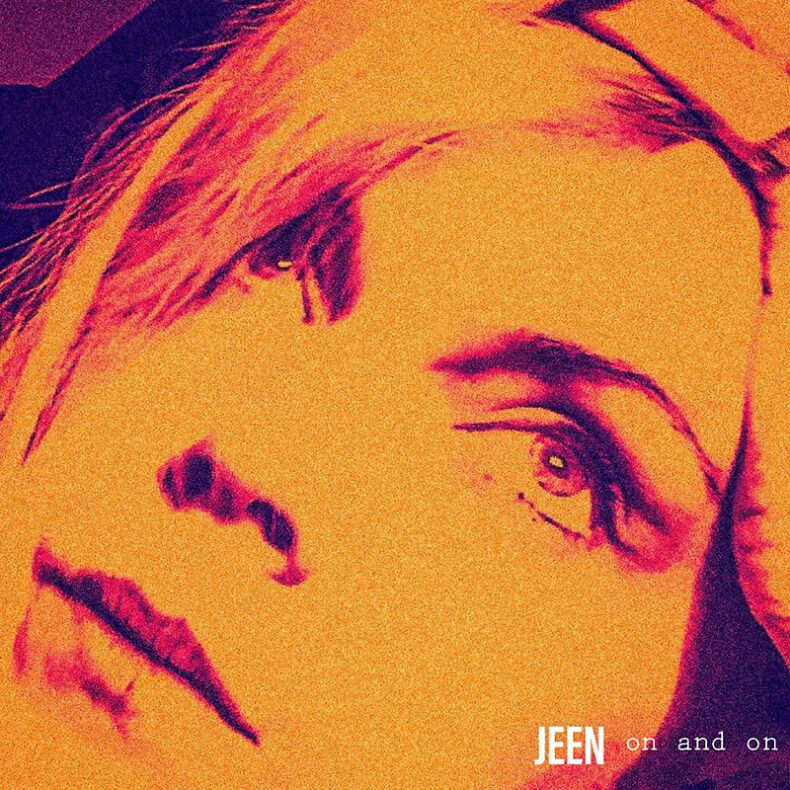 FIRST SINGLE “ON AND ON” OUT NOW

Canadian indie alt-pop/rock artist JEEN announces the fall release of her new album, Tracer, on October 21, 2022. Kicking off with the first single “On and On” today, co-produced with Ian Blurton, JEEN plays her usual rhythm guitar but also took over bass and synth duties here with Blurton covering lead guitar and Stephan Szczesniak heard on the drums.

A gritty roller coaster ride which embodies the immediacy and urgency of ‘now’ framed by a distorted and echoed vocal, JEEN reveals, “I wrote ‘On and On’ last spring/summer when nothing felt worth it anymore…everything was grinding me down when I was working on this one. On and On is about breaking points and falling down more times than you’re willing to get back up.”

JEEN has entered the 2020s with boots firmly planted in the current musical landscape. Her albums JEEN (2020), Dog Bite (2021) and forthcoming Tracer (2022) could be a trilogy of sorts. A strong reflective collection and a call on song to navigate these last couple of years. JEEN is a heady, intoxicating record; each track swirls with a sense of naivety and wild abandon. Dog Bite has an enveloping intensity, with the moniker of something ferocious and the sneer to back it. With Tracer there is a more vulnerable and fragile quality to JEEN’s vocals: both warmer and less angular. More information will be released when available.

An established and successful songwriter with a penchant for crafting hooky, sync-worthy songs, JEEN has penned songs with many recording artists including Great Big Sea, Serena Ryder, Res, Hawksley Workman, Brendan Canning, FUWA FUWA (j-pop) and Martin “Doc” McKinney. The talented Toronto-based artist was the vocalist and co-writer for the Cookie Duster LP When Flying Was Easy before releasing her debut solo LP Tourist in 2014 which, along with her sophomore LP Modern Life in 2016, resulted in significant sync success with song placements in various commercials as well as notable movies and televisions shows. In 2018, JEEN unveiled self-produced Gift Shop, followed by JEEN in 2020 co-produced with Ian Blurton, and most recently Dog Bite in 2021 also co-produced with Blurton.

New Music
jeennew musicon and ontracer
jeen, new music, on and on, tracer
About the Author
SPILL NEW MUSIC