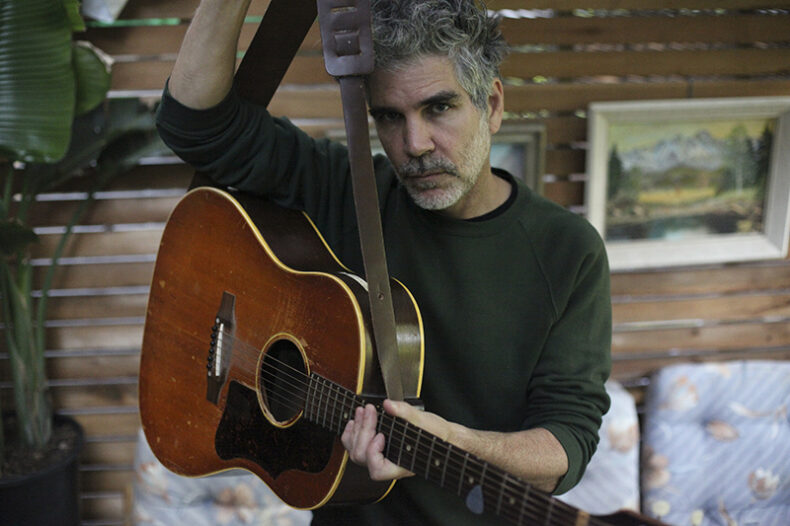 Hayden, the long-heralded king of downcast Canadian indie-folk, has shared his new single “East Coast” – out via Arts & Crafts. The legendary singer-songwriter’s first new music since 2015’s Hey Love, “East Coast” is a forlorn ballad of spare, cyclical piano mixed with Hayden’s strained tenor reaching for the Atlantic horizon, grasping for something that was once there. Written, produced, and mixed by Hayden, the emotion of the song immediately rises to the surface, as he sings in his familiar gravely register: ‘Oh I need you now/ Like I needed you then/ Like I’ll need you till the end/ But I can’t recall/ This feeling at all’.

Speaking about the track, Hayden says: “I was inspired to write this song after covering a Leonard Cohen song called ‘Avalanche’ for the promotion of the film Death Of A Ladies Man. I switched the finger-picking guitar to a rolling piano part and liked the feel so much, I just kept playing until this chord progression appeared. The words came later after an autumn visit to Newfoundland. To me, the East Coast imagery matched the circular playing perfectly. I remember feeling like I hit on something when I dialed in a synth that sounded like a ship’s fog horn. The final touch was getting Toronto legend Kurt Swinghammer to do his guitar magic over the end section. He did something in a similar vein on a song of mine called ‘Street Car’ over twenty years ago, and it was one of my favorite moments on Skyscraper National Park.”

Hayden, a Toronto mainstay, has been making gorgeous and affective indie folk since his timeless debut, 1996’s Everything I Long For. His honest and heartrending songwriting has been likened to Neil Young and Leonard Cohen, while his sonic acuity is mentioned in the same breath as seminal indie bands like Pavement and Sebadoh. Over the course of three decades, Hayden has built a cult following on earnest and soulful indie rock – “East Coast” points to the best being ahead of him yet.