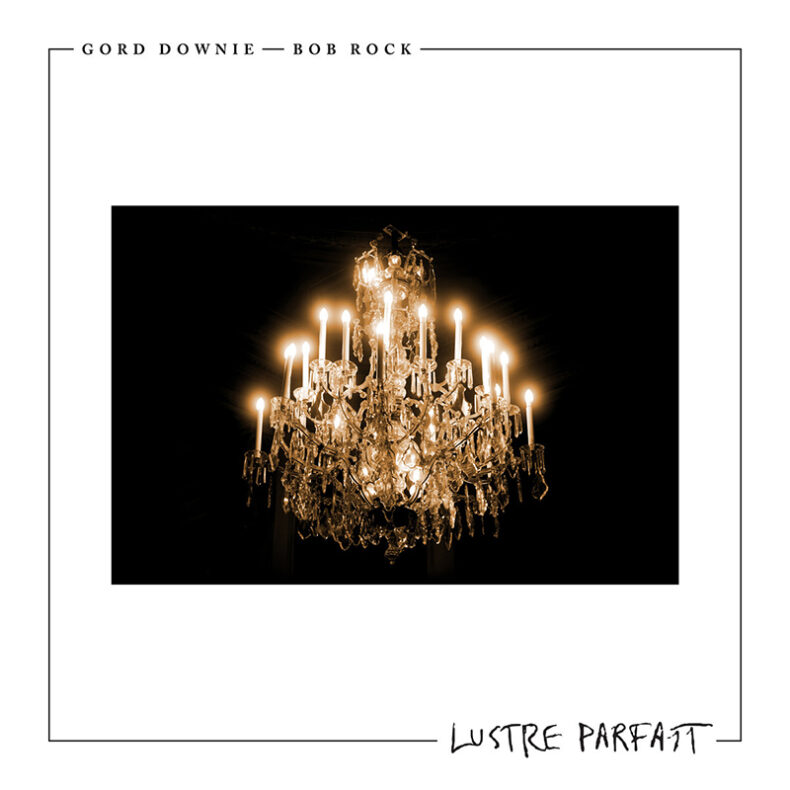 More than a decade in the making, Gord Downie, the iconic late frontman of The Tragically Hip, and Bob Rock, the legendary producer perhaps best known for Metallica’s Black Album, today share “Lustre Parfait” – the first song of their long mythologized collaboration. Inspired by their brotherhood in rock n’ roll, “Lustre Parfait” is electrified and resplendent, created in reverence to the magnitude of music itself. Blending poetry and power in lavish measure, the song bursts out of the gate with breakneck pace, organ flourishes, and horn blasts, inspiring Gord’s thoughtful verse and explosive chorus – a booming invitation to “gather in the dark” for that silent, deafening moment when the lights go down and the stars start to star.

Wearing the musical influences of giants on their ample sleeves, sparks fly from the first salvo of “Lustre Parfait,” the groove racing like a la ‘Exile on E Street.’ Downie sings above his high water mark most have come to know, inspired by Rock’s mastery of brash post-punk and brassy stadium anthemics. Defiant, with a crystal clear fury in his voice not heard since The Tragically Hip’s Man Machine Poem farewell tour, Gord unfurls pristine lyrical strands from Rock’s cathedral of sound, divining imagery both raucous and gothic – ‘we float above the wreck … like A Scene From the Deluge.’ Compared to the raw intimacy of Downie’s posthumous solo releases – 2017’s letter to loved ones Introduce Yerelf, and 2020’s ghostly goodbye Away Is Mine – “Lustre Parfait” is a rallying cry from a voice that echoes loud and clear: Gord Downie, in the pocket of a gleaming rock band, relentless, lit up by the risk of collaboration, blazing on the edge of experimentation. 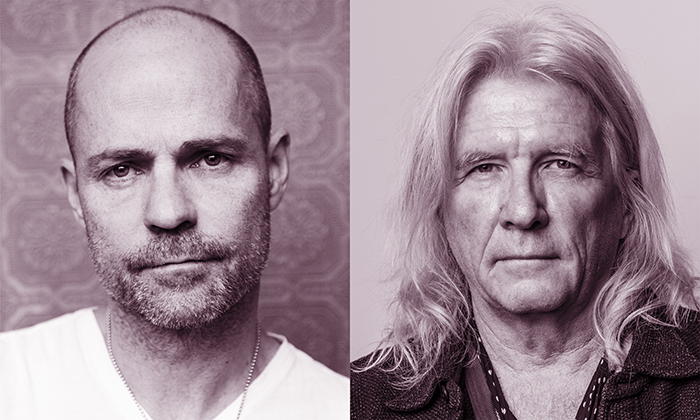 Downie and Rock’s collaboration began when they first worked together on The Tragically Hip’s World Container (2006) and We Are The Same (2009). It was after the production of the second outing that Downie asked if Rock had music he could write lyrics for. The sonic spaces that Rock would provide incited Downie to delve into the depths of his notebooks, armed with the musical clues to find the brilliance mapped therein. On “Lustre Parfait,” charged the full strength of his spirit and the magic of collaboration, Gord tugs on the heartstrings of the mind, with such perfection: ‘All I want/ All I wish/ Is for a heart I can give/ First word/ To final wish/ A heart I can give.’

Bob Rock says: “First and foremost Gord was my friend, and having the opportunity to work with him on these songs was one of the biggest highlights of my professional life. I am grateful that I got to witness his genius in such close proximity.”

Words by Gord Downie and music by Bob Rock – the fireworks in that statement alone reverberate vastly. Contributing guitars, keyboards, and percussion, the multi-platinum-selling, Grammy Award and JUNO Award-winning, Canadian Hall of Fame-inducted Rock shines on “Lustre Parfait.” Renowned for a stunning and diverse discography that ranges from Motley Crüe and The Cult to Cher and Michael Bublé, Rock inspires Downie’s performance with searing electric melodies and rock n’ roll grandeur. Flanked by co-producers Jamey Koch on bass and Adam Greenholtz on keyboards and percussion, Rock leads a cast of contributing musicians that intuit the depth of his ideas on “Lustre Parfait.” The horn duo of Tom Keenlyside on saxophone and Steve Madaio on trumpet fill the sound to its rafters, recalling the pomp and bombast of The Rolling Stones or the earth-shocking cacophony of Bruce Springsteen and the E Street Band. Chris Gestrin on keys, Sean Nelson on drums, and sisters Camille Henderson and Saffron Henderson on backing vocals complete the patina on which Gord’s lyrics dance.

“Lustre Parfait” is available now as a digital single via Arts & Crafts. An album is forthcoming in 2023 with more details to be announced soon.

Gord Downie is the late lead singer and songwriter of rock giants The Tragically Hip. Over more than thirty years and across fourteen studio albums, Downie and his band of brothers built a legacy as the essential Canadian rock band. With seven solo albums to his name, Downie’s own music refutes definition, renowned for its adventurous poetry, collaboration, elastic composition, and Gord’s singular wail. Downie presented Secret Path in 2016, a multimedia project helping to bring crucial awareness to Indigenous reconciliation in Canada. The Tragically Hip performed their final national tour earlier that summer, leaving an indelible mark on the more than twelve million fans that watched the historic farewell concert, televised from the band’s hometown of Kingston, Ontario. Downie passed away on October 17, 2017. In memoriam, The New York Times stated that Downie has “no parallel in the United States. Imagine Bruce Springsteen, Bob Dylan, and Michael Stipe combined into one sensitive, oblique, poet-philosopher, and you’re getting close.”

Robert Jens Rock, record producer, engineer, guitarist, and songwriter first found success as a core member of the Vancouver punk/new wave/pop band Payola$ before going on to produce top-selling albums by timeless artists such as The Cult, Mötley Crüe, Metallica, Bon Jovi, Our Lady Peace, Simple Plan, Michael Bublé and many others. Known for his robust, radio-friendly production touch, and the intuition to play to an artist’s character and strengths, Rock has produced or engineered some of the most commercially-successful rock records of all time. He won a Grammy Award, multiple JUNO Awards, and has been inducted into the Canadian Music Hall of Fame.

by SPILL NEW MUSIC on January 4, 2022
THREE O’CLOCK TRAIN – “SEND DOWN YOUR LOVE” A SPILL EXCLUSIVE MUSIC PREMIERE The new single from singer/songwriter Mack MacKenzie’s band Three O’Clock Train is “Send Down Your Love.” Born in the north-eastern [...]