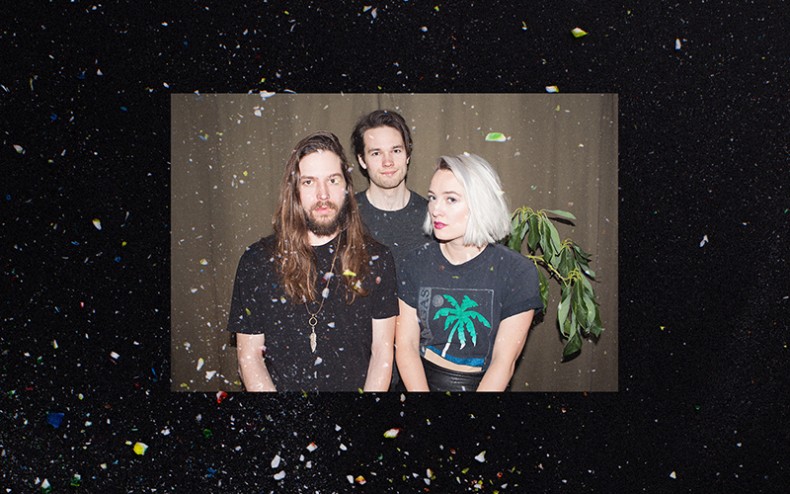 For Esmé has teamed up with Puncture Design (the creatives behind WayHome) to take you on a curious and nostalgic trip back to that strange vibe of late night cable TV.

Picture this—its 1979 and For Esmé is performing their new single ‘Make A Sound’ on late night television. The video recalls the nostalgia of live performances by Blondie or Depeche Mode. Anyone who grew up recording TV shows on their VCRs will understand, and anyone who didn’t….just use your imagination.

You can also revisit the original single over at SoundCloud.

Remember staying up to catch something special airing on late night television? Maybe something you weren’t supposed to be seeing? Remember scrounging around for a VHS tape you could record it onto? So often I accidentally recorded over something else, or there were glitches in the tape. We’re taking you on a trip back to the days before YouTube, where your only chance to hold onto an iconic TV moment was to record it yourself.

This video represents a timelessness that we long for and I hope this prompts us all to enjoy a little more of “the moment”.

SPILL NEW MUSIC strives to keep our readers up-to-date with new releases by your favourite artists, keeping you informed of new album, single, and video releases. Stay tuned -- who knows, you might just discover your new favourite band.
RELATED ARTICLES
for esménew musicvhs

by SPILL NEW MUSIC on October 4, 2018
FOR ESMÉ – “MODERN LOVE” INDEPENDENT For Esmé Talks About “Modern Love” Whenever I find myself down in the well of self-loathing or in desperate need of [...]

by Aaron Badgley on May 19, 2018
RIGHTEOUS WOMAN A CONVERSATION WITH MARTHA MEREDITH OF FOR ESMÉ For Esmé is a band based in Toronto, fronted by Martha Meredith. Meredith and For Esmé is [...]
7.0

by Aaron Badgley on May 19, 2018
For Esmé  Righteous Woman Independent Righteous Woman is electronic folk music. For this album, For Esmé’s Martha Meredith is clearing fronting the band and the album is her concept [...]