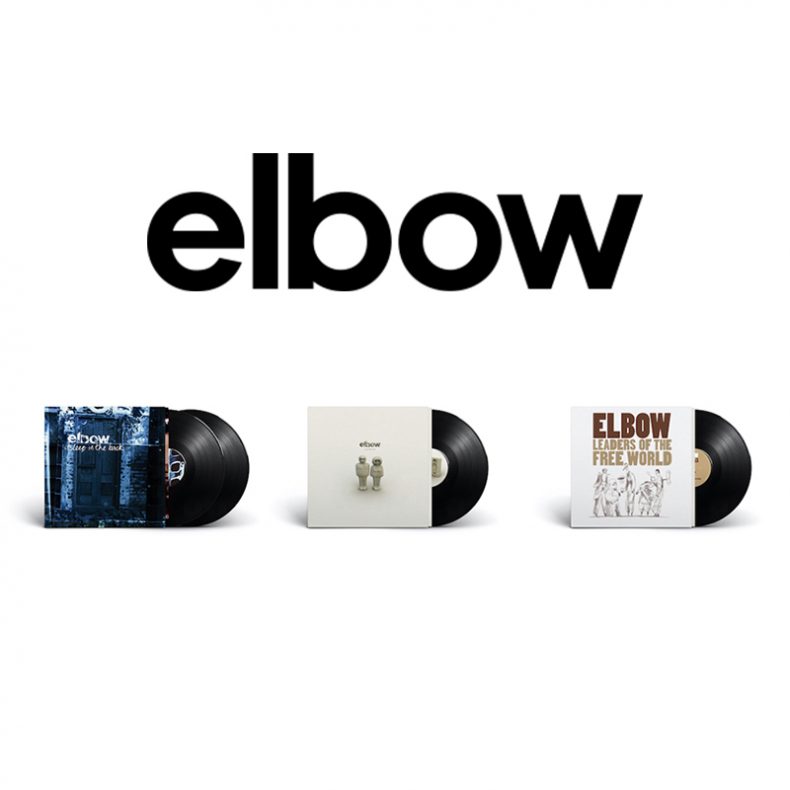 elbow fans will be able to own the band’s first three studio albums on vinyl when they are reissued on September 25, 2020. The heavyweight vinyl pressings cover debut, ‘Asleep in the Back,’ follow up ‘Cast of Thousands’ and third album, ‘Leaders of the Free World.’ In addition, the band’s B sides collection ‘Dead in the Boot’ and 2014’s ‘The Take Off and Landing of Everything’ will be repressed and restocked to stores, meaning that the entire elbow album catalog will now be available on vinyl.

‘Asleep in the Back’ was the album that introduced elbow to the world. Produced by Ben Hillier (Blur, Doves, Depeche Mode) and containing the singles; ‘Newborn,’ ‘Any Day Now,’ ‘Red’ and ‘Powder Blue,’ it established the band with the UK public and led to Mercury Award and Brit Award nominations. The album closes with perennial fan favorite ‘Scattered Black and Whites,’ recently revisited by the band in lockdown for their elbowrooms sessions.

‘Cast of Thousands,’ recorded at legendary Liverpool’s legendary Parr Street Studios, with Ben Hiller again at the helm, introduced cover stars Elle and Bo to the world, their life size statues causing traffic jams when sited next to the motorway during festival dates to promote the album. Taking its title from the vocal contributions of the Glastonbury crowd to ‘Grace Under Pressure,’ recorded in a landmark performance on The Other Stage in 2002, the album artwork features the names of all those who contacted the band to say, ‘yes, I was there and singing.’ An early indicator of elbow’s power to produce inclusive, uplifting moments, ‘Cast of Thousands’ also features ‘Fugitive Motel’ – another track featured during the recent elbowrooms recordings.

‘Leaders of the Free World’ was the first album to be recorded at elbow’s current home, Blueprint Studios, Manchester, and was co-produced by the band and Tom Rothrock, (Beck, Foo Fighters) and mixed at LA’s legendary Sunset Sound Studios. Accompanied by full-length film from collaborators Soup Collective on its release, the album contains several tracks that grace elbow sets to this day including ‘Great Expectations’ and ‘Station Approach.’

‘Asleep in the Back,’ ‘Cast of Thousands’ and ‘Leaders of the Free World’ vinyl editions will be available on September 25 from Polydor Records.