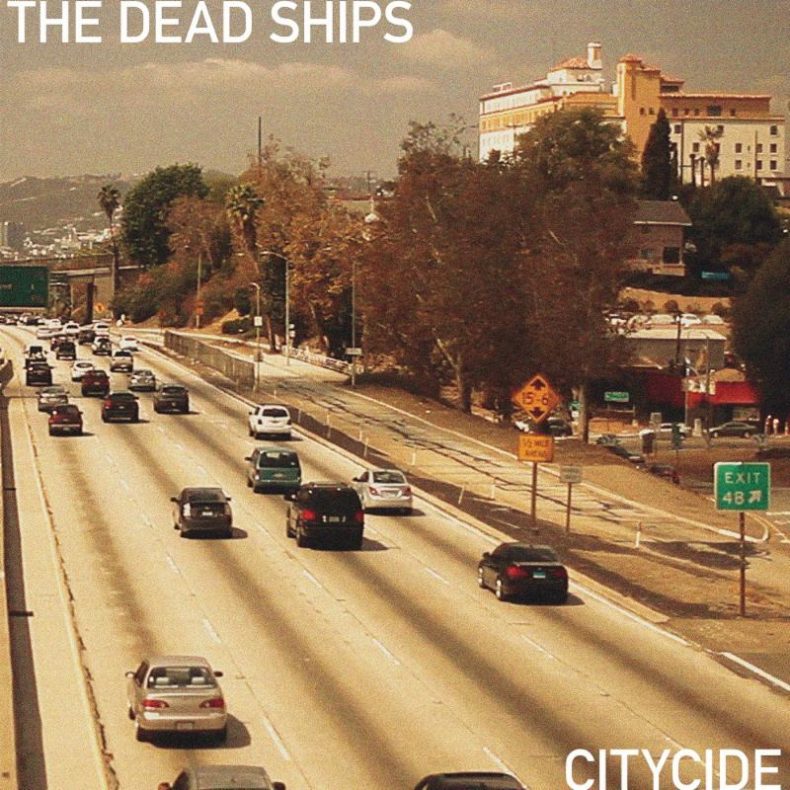 THE DEAD SHIPS TO RELEASE CITYCIDE ON JUNE 24

The Dead Ships will release their debut full-length LP CITYCIDE in North America on June 24 via Nevado Music. CITYCIDE follows up their critically acclaimed EP 1 and will include singles “Company Line” as well as “Big Quiet” which spent five weeks at number one on KROQ’s Local’s Only. The Dead Ships have also announce several tour dates in Californina opening for The Cult and festival shows including performances at Make Music Pasadena, Chicago’s Taste of Randolph Festival and Milwaukee’s Summerfest.

A lot has happened for The Dead Ships in the short time that they’ve been together. Within a couple of months after singer/guitarist Devin McCluskey and drummer Chris Spindelilus started jamming in the latter’s apartment, the soulful garage rock duo were playing sold out shows at The Echo in their native Los Angeles (opening for King Khan) and at San Francisco’s Bottom Of The Hill. They have quickly become one of the most talked about live shows in Los Angeles. Just recently, they were hand-picked Paul Tollett of Goldenvoice to perform at Coachella 2016, where they won over the crowd with their punchy hooks and wiry on-stage energy. BuzzBands LA exclaimed, “It is so nice to see you on a stage big enough for your sound.” Grimy Goods named The Dead Ships a “Must See” band at Coachella and said, “This could be the year The Dead Ships look back on and see as a major turning point in their careers. That makes their performance on the Coachella stage all the more important. Past performances have us believing they’ll more than live up to the pressure.”

Now, it’s time for the world to really get to know The Dead Ships as they look forward to the release of CITYCIDE. Produced by Broken Social Scene’s Brendan Canning (he also adds some sweet, sweet guitar playing throughout the LP), the now-trio with Alex Moore on bass put together a fiery collection of songs that showcase McCluskey’s engaging yowl and an unrelenting drive that refuses to let up on the gas pedal until the last notes of album closer “Tomorrow’s Crashes” fade away.

For all its dynamism and momentum, once you start digging into CITYCIDE, you’ll start to taste the bittersweet tang of McCluskey’s vision for this album. For example, the title of this LP began as a reference to the sad fact that when people choose the Golden Gate Bridge as the location to take their own lives, they do so facing the city that they’re leaving behind. “It seemed like a sort of statement,” McCluskey says. “One last rebellion.”

As McCluskey started writing a song inspired by that, it evolved into a full suite of songs about the alienation that folks living in big cities like Los Angeles or McCluskey’s former hometown of Chicago can feel, even as they’re surrounded by thousands of other people. On CITYCIDE that takes many forms like his frustration with people that give up on their dreams to make a buck (“Company Line”) or the feeling that the walls of your home are more oppressive than welcoming (“Floorboards”). Many of the songs poured out of McCluskey in the wake of his best friend’s suicide. Using his art to process his grief and confusion at losing the closest person in his life helped pour some added depth of feeling into the songs. You can get by just rocking out to them, but once you let them sink in deeper, they’ll quickly become a part of you too.

And if the music – a raw power mix of finely tuned dynamics with the unadorned grind of vintage Nuggets-style psych rock – isn’t enough to let you know that this isn’t a sorrowful album but rather a celebration of McCluskey’s friend’s life and the simple act of carrying on even in our toughest times, just spend some time with “First Mistakes.” Through the thick cloud of jangly power-pop chords, the message of the chorus bursts out brightly: “It was good to be alive!”

*CANADIAN DATES TO BE ANNOUNCED SOON