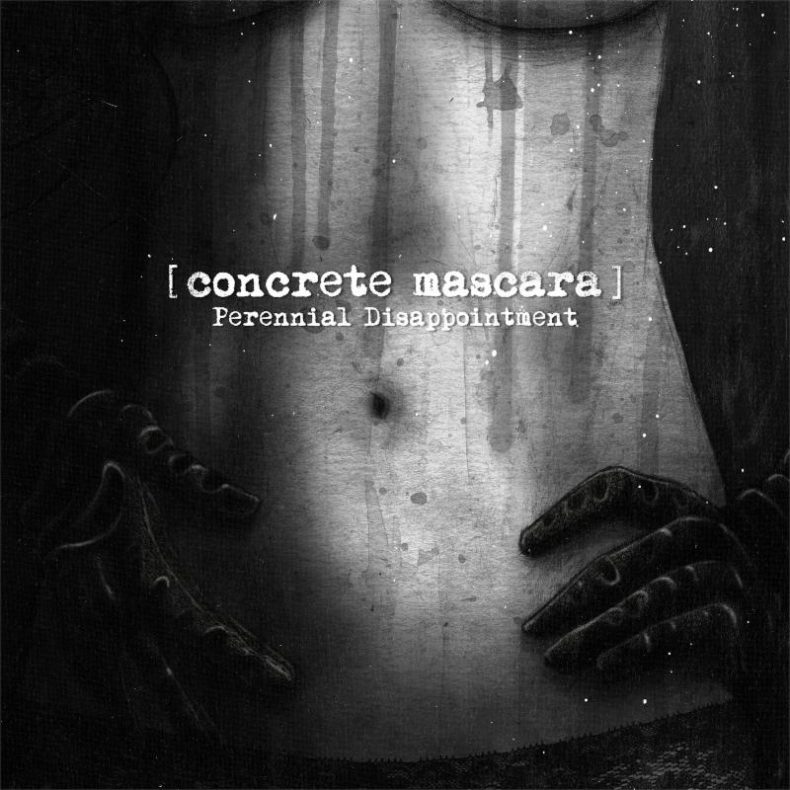 CONCRETE MASCARA’s Perennial Disappointment is a perfectly engineered and concise declaration of arrival that should be a revelation for those that consider the power electronics genre to be one of stagnancy and one dimensionality. The sheer violence of this recording is astounding, and it stands as one of the most unnerving and visceral releases ever under the Malignant banner. From the dystopic atmosphere of opener “Flesh Of This World” and post mortem ambience of “Mouth Of Flies, Tongue Of Maggots,” to the traumatizing and unmitigated physicality of “Utopian Nightmare,” “Defined By Absence,” or “Delusion Of Sacrifice,” Perennial Disappointment is rife with urgency and tension, where caustic, distortion filled frequencies meet slashing, blown out noise, hyper-rhythmic pulsations, and venomous, dueling vocals.

Since 2011, CONCRETE MASCARA – comprised of Andrew Wilmer, Frank Cordry, and Jack Scanlan — has been sharpening their skills across various formats and releases, pushing the envelope of intensity and extremity as they quickly ascended the ranks of American power electronic acts. Perennial Disappointment, marks the band’s Malignant Records debut, following their 2014-released Blossoms Of Shame through France’s Corrosive Arts Records.

The harsh/experimental music purveyors at Maryland-based Malignant Records will release Perennial Disappointment on CD with six-panel booklet designed by Si Clark, limited to 500 copies, and digital platforms, on June 10th, 2016.