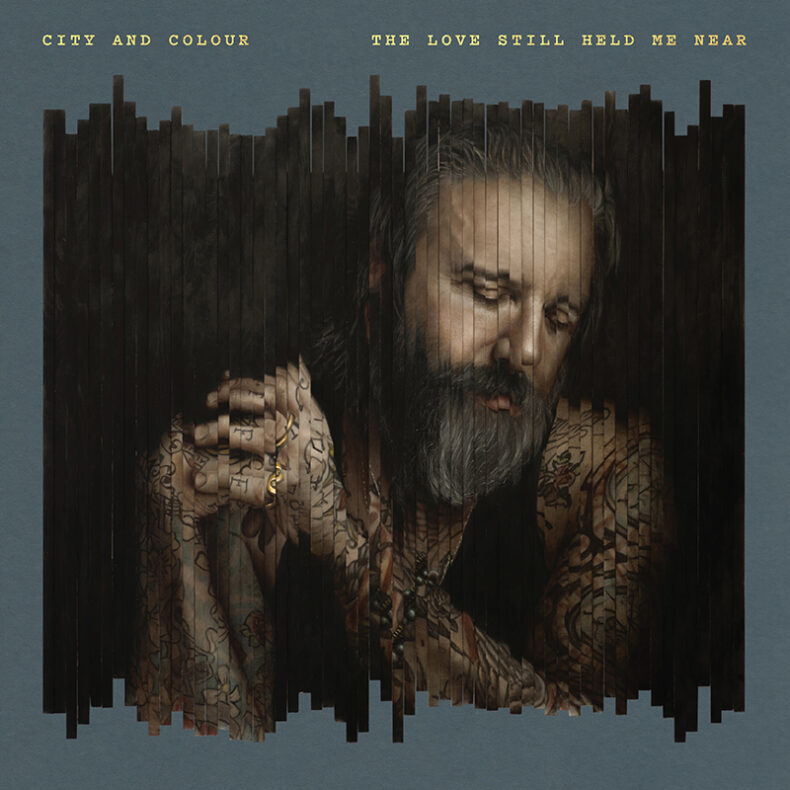 City and Colour – acclaimed singer, songwriter and performer Dallas Green – has announced the highly-anticipated new album The Love Still Held Me Near will be released on March 31 via Still Records, an imprint of Dine Alone Records. The Love Still Held Me Near is a deeply personal and cathartic offering, and the most sonically expansive in the celebrated City and Colour canon. The record is available to pre-order tomorrow at 10am ET HERE.

Soulful new track “Underground” offers a strong message that life is a gift, embrace every moment while you can. Alongside the single, a new video for “Underground” directed by Michael Maxxis premieres at 5:00pm ET and is the second instalment of a moody, and formidable cinematic series of videos directed by Maxxis set to accompany every song on the new LP. Says Maxxis, “​​Dallas’ walls are down on this album, and I wanted to capture that on film.”

“The Love Still Held Me Near was born out of unimaginable loss and the subsequent journey through the grief and heartache that followed,” explains Green. “It’s about digging deep down into yourself and attempting to unearth hope and light in the things that can comfort you through those times. For me that has always been writing and recording music, so that’s exactly what I did.”

Produced by Green and longtime band member and collaborator Matt Kelly, the 12 songs that comprise The Love Still Held Me Near follow the most difficult period in Green’s life, including the tragic loss of his best friend in 2019. Green poignantly eulogizes him in the stunning opening track “Meant To Be,” which was released in November. Watch the cinematic video HERE.

Pre-orders for physical variants are available HERE. In addition to the standard black, there are 7 exclusive variants available alongside curated The Love Still Held Me Near merchandise. Each vinyl variant is a 2×12” widespine jacket with spot gold foil gloss and two die cut printed inserts. See below for details on all physical variants.

With six studio albums to date, City and Colour has amassed a legion of passionate fans worldwide who connect with the depth and intimacy of Green’s songs. The Love Still Held Me Near finds the songwriter revealing more of himself amidst new textures, arrangements and soundscapes not previously heard on City and Colour albums. While it was born out of navigating a trying time, it is an album of hope, redemption and inspiration.

About City And Colour

Over the course of six studio albums, Dallas Green has compiled a canon ripe with songs born of adoration and devotion amassing a legion of fans worldwide and garnering him 3 JUNOs, including two Songwriter of the Year awards, plus 1 Triple Platinum, 2 Double Platinum, 1 Platinum, and 1 Gold certification at home in Canada. Alongside these accomplishments, Green has been awarded Platinum-certification for all four of Alexisonfire’s full-length records.

City and Colour’s last studio album A Pill For Loneliness – released on Green’s Still Records, an imprint of Dine Alone Records – debuted at #1 on the Billboard Canadian Albums Chart, his 4th consecutive chart-topper in Canada. His previous #1 LP If I Should Go Before You made serious waves internationally debuting at #16 on the U.S. Billboard 200 Chart and #5 in Australia where Green’s LP Little Hell was certified GOLD. In 2014, Green collaborated with international superstar Alecia Moore (aka P!nk) on a new project titled You+Me. The duo’s acclaimed Platinum-certified first record, rose ave., debuted at #4 on the U.S. Top 200 Chart, #1 in Canada, #2 in Australia culminating in memorable performances on The Ellen Show and Jimmy Kimmel Live.

Green was personally invited by Alice in Chains to perform alongside Metallica, Korn, members of Soundgarden, Jane’s Addiction, Nirvana and other legendary artists when the Seattle quartet were honoured as the recipients of the 2020 Founder’s Award from the Museum of Pop Culture (MoPop).  In 2022, Green was honored with the SOCAN National Achievement Award at the JUNO Awards in recognition of his philanthropic contributions to music education in Canada.

by Gerrod Harris on July 20, 2022
WE WOULDN’T BE INTERESTED IN MAKING ANOTHER CRISIS A CONVERSATION WITH GEORGE PETTIT OF ALEXISONFIRE Growing up in Ontario in the 2000s, you couldn’t help but get swept up in the excitement that surrounded Alexisonfire. Even if you weren’t [...]
9.0