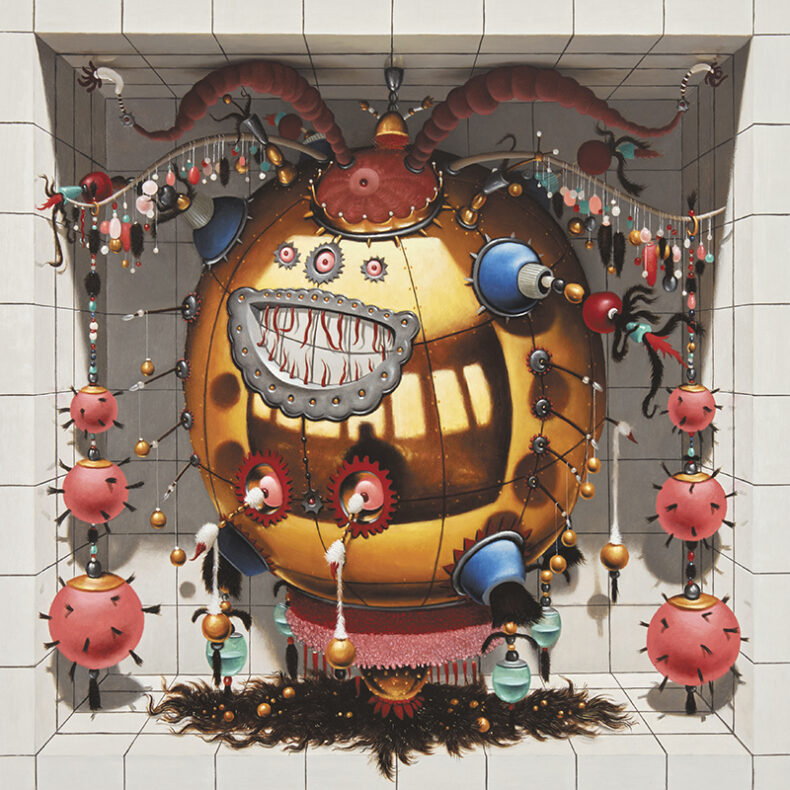 The single is the second to be taken from Orbital’s new album Optical Delusion, out February 17 (pre-order), following the BBC6 Music playlisted lead single “Dirty Rat“, an incendiary collaboration with Sleaford Mods.

The opening track on the new album, “Ringa Ringa (The Old Pandemic Folk Song)” returns to an Orbital truism, that time always becomes a loop. A chugging, cyclical Orbital groove gives way to an unnerving past-meets-present timeslip as goth maenads The Mediaeval Baebes materialise to sing ‘Ring O’Roses’, the innocent nursery rhyme whose roots are in the Black Death.

The new album is the latest in a burst of renewed post-pandemic creativity for two brothers who’ve stayed at the top of their game longer than anyone from the post-1988 Class of Acid House. Earlier this year an Orbital thirtieth anniversary package 30 Something – featuring reinterpretations of ‘Chime’, ‘Satan’,‘Belfast’ and more by fans ranging from Jon Hopkins to ANNA to David Holmes, plus studio versions of Orbital live favourites – reintroduced Paul and Phil Hartnoll to a worldwide fanbase.

by Aaron Badgley on September 29, 2022
Blancmange Private View London Records Over 40 years ago Neil Arthur and Stephen Luscombe came together to form Blancmange and released their debut album Happy Families of London Records. In 1985, after three albums, the duo split and reunited [...]
8.0

by Aaron Badgley on October 25, 2019
Shakespears Sister Ride Again London Records Earlier this year,  Siobhan Fahey and Marcella Detroit of Shakespears Sister announced that not only had they reunited, but they were preparing a tour or the U.K and releasing compilation album [...]
9.0