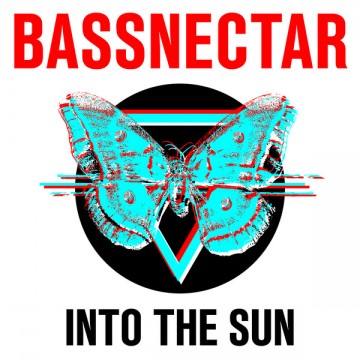 Bassnectar
Into The Sun
Amorphous Music

Bringing back the bass in Bassnectar!

Dubstep, like most genres, is an acquired taste, and can become repetitive with the usual “build up then bass drop” standard. Not so with American DJ Bassnectar (a.k.a. Lorin Ashton), as he unloads the bass all over your face in this welcomed seventeen-track release of old, new, and remixed tracks. With a wide variety of IDM (…intelligent dance music, but don’t ever say that around Aphex Twin), Bassnectar goes into his bag of tricks and creates an enlightening, varied soundscape. We open with the first track “Chasing Heaven,” as a soothing Gregorian-like chant opens the track till it crescendos to the drop. Bassnectar then takes us down memory lane of ‘80s video game soundtracks with the savory “Point Point – Double Oreo” (San Holo x Bassnectar Remix). As we continue to the upbeat “Speakerbox,” featuring the wikkid vocals of Lafa Taylor, one can imagine this anthem track being played on any dance floor across the globe, while envisioning bottle service in the VIP section as people jam to this bass-killing track, putting their hands in the air with its rap vocal-charged stylings. RAT-TAT-TAT-TAT, indeed. The orgasmic ear candy continues with songs like “Sideways” feat. Zion I, and “The Mystery Spot.” Shit gets real on these tracks as the adrenaline bass drops will make your nether regions grow wings and fly. Rounding off this mixtape (of sorts) are the cinematic “Rose Colored Bass” and “Generate.” It is strongly recommended that you hug your speakers while listening, put your face right near them and FEEL. YOUR. FACE. MELT. Be one with the bass, sick and filthy. We end the compilation by happily channeling our inner Zelda on “Dorfex Bos” (Bassnectar Remix). Bassnectar gets the most out of his guest contributors on this euphoric release and one hopes these great choices will continue in the future. Bassnectar brings the bass power, energy, and hooks on this EP from beginning to end. Furthermore, the songs don’t seem like filler, as they don’t feel dragged out.

For the bass heads that have been going through nectar withdrawal, this captivating compilation of old, new and remixed tracks can put you in a good mood on any day where you feel your music soul needs to be touched by something greater. This high energy album is a must listen to, whether you’re “cabbaged” to maximize your in-music event experience or whether you’re just a lover of hearing “the drop,” where you lose yourself in your own imagination. Bassnectar brings an above-average effort on this album, through booming trap bangers fused with dubstep, and remixing old favourites as he shows us his impressive talent for mixing EDM genres. Listen to this album over and over again during an all night sesh with your friends until the coming of a new dawn; then lather, rinse, repeat. You won’t get tired of these stimulating and pristine bass tracks.

Insert pretentious stuff about me here. I was born at a very young age. I am pretty, funny... without the comma. Easily distracte
RELATED ARTICLES
album reviewsbassnectar
8.0