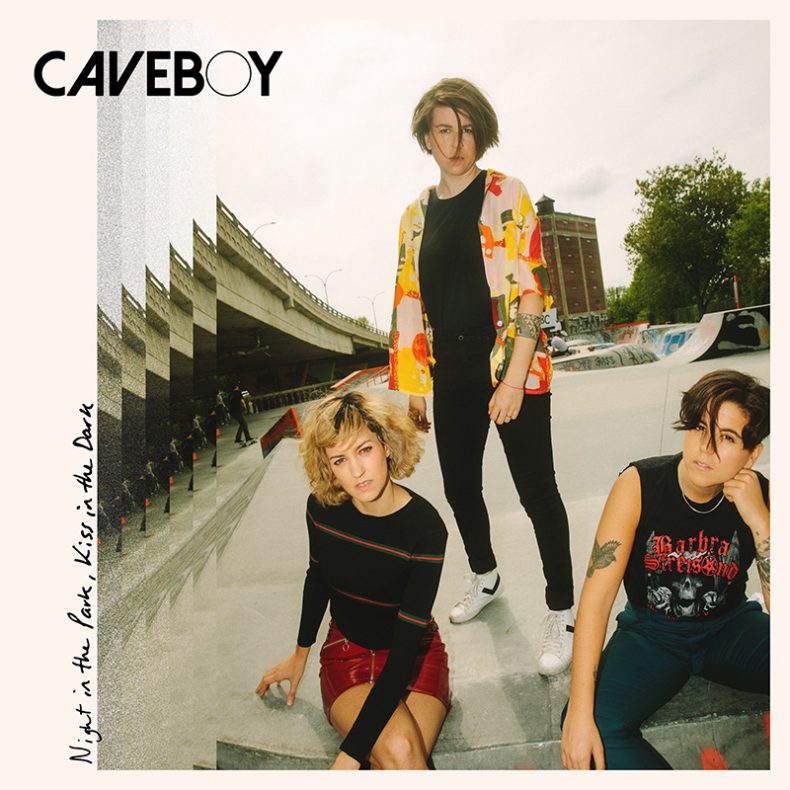 Montreal’s Caveboy celebrate the one year anniversary of their debut album, Night in the Park, Kiss in the Dark, with a Digital Deluxe Edition. The album includes two brand new singles “Dirty Hands” and “Good In You“.

Since the release of NPKD, the band celebrated sold-out shows in both Toronto and Montreal, were one of 30 featured artists at Midem’s 2020 Digital Edition Talent Exporter, and their single “Silk For Gold” was one of 10 songs chosen (out of 400 entries across the globe) for the A&R Playback Session. They released a Bright Light Bright Light remix of their track “Obsessed“, and capped off 2020 with a sync placement of their first-ever holiday single “Jolly Old Saint Nicholas” in the film Happiest Season. The debut album features the heavily playlisted single “Landslide“, summer jam “I Wonder“, and  #1 single “Hide Your Love“. Producer Derek Hoffman garnered a 2020 Jack Richardson Producer Of The Year JUNO nom for his work on the single “Hide Your Love”.

What’s The Story About Caveboy?

With a fresh yet nostalgic perspective on alternative pop, 2018 Allan Slaight JUNO Master Class winners Caveboy root themselves in the timeless music of their parent’s generation and build to unforgettable chaos during their live performances. The Montreal-based all-womxn trio’s first few years were driven by electrifying performances at SXSW, Osheaga, Pride Toronto, the Pre-Grammy Celebration of Canadian Excellence, the JUNO Gala Awards, Halifax Pop Explosion, M for Montreal, and support performances for Japanese Breakfast, Tash Sultana, Ria Mae, Cub Sport, and Wintersleep. Their songs have been heard in Orange Is The New Black, The New Romantic, Killjoys, and Happiest Season.

SPILL NEW MUSIC strives to keep our readers up-to-date with new releases by your favourite artists, keeping you informed of new album, single, and video releases. Stay tuned -- who knows, you might just discover your new favourite band.
RELATED ARTICLES
caveboynew musicnight in the park kiss in the dark

by Contributing Writer on February 9, 2020
OUR EYES WILL BLEED FROM THE LED A CONVERSATION WITH MICHELLE BENSIMON AND ISABELLE BANOS OF CAVEBOY Michelle  Bensimon and Isabelle Banos of Canadian all-female indie pop trio Caveboy grew up to the sounds of Fleetwood Mac and the melody of The [...]
9.0