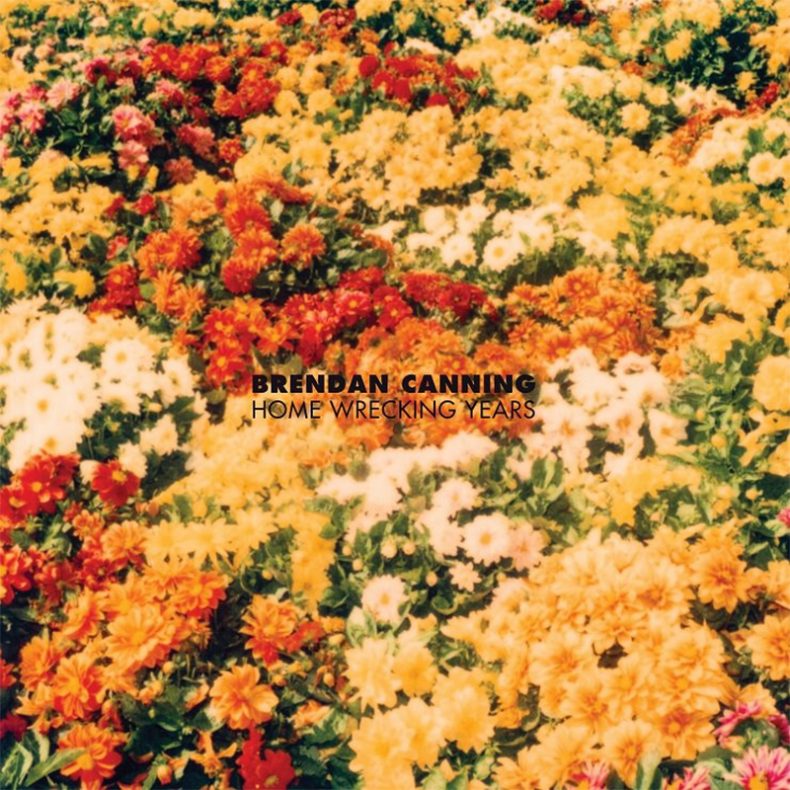 “’Book it to Fresno’, was an immediate tune for our band. No talking, just rocking. Everyone listening to one another, comfortable with the role they play in the band, says Canning. “It’s a very satisfying experience when a song comes together without interruption or the (seemingly) inevitable over-thinking process that many bands fall prey to.  I’m a big fan of getting the initial idea down and moving on. We chose this song to open the record because it captures the essence of what this band does well musically and lyrically,” Brendan continues. “’I’m not here to laugh at your mistakes / I’m just here to offer a break,’ was a good and positive foot to start on, sentiment-wise. If this is a road trip album, let it be the soundtrack to a John Hughes film that will never be made.”

Written between the fall of 2013 and the spring of 2015 while building a band to tour his previous bedroom folk informed solo album, Brendan Canning found inspiration for Home Wrecking Years by returning to the sound of a full band. “Maxing out as a six-piece we jammed in my living room, making enough pleasant noise for the neighbours to enjoy during that summer of 2014,” recalls the Toronto songwriter. “Prime Rob Ford years,” he further notes. “And just as our mayor was falling apart, we were indulging in a little sonic deconstruction on the south end of Draper Street. “

“I am mid-way through my third decade of making music in Toronto and can honestly say this city has been a gift. I have played in loads of bands in this town, drank in many bars, been able to travel the world, and seen a million faces. This city continues to give back so I can find inspiration to do what I do. This recording, like any venture, takes so many people behind the scenes helping out and serving as a sounding board at every step of the way. All so that maybe, just maybe, one of your songs gets heard and people click LIKE. Or you get a sync on Degrassi: The Next Generation. “