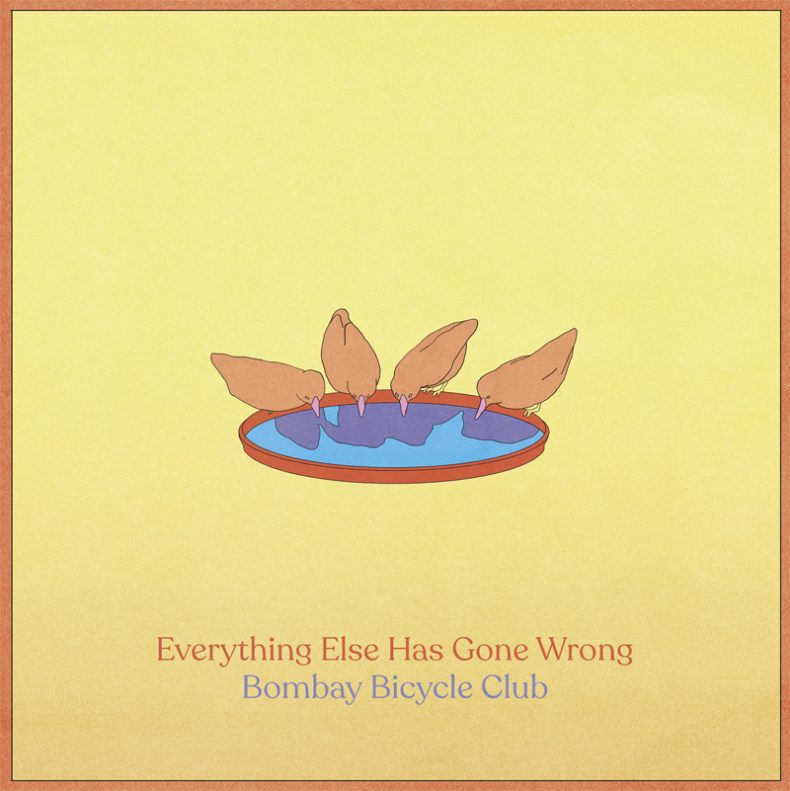 Bombay Bicycle Club are pleased to share “Racing Stripes”, the third track from their forthcoming fifth album, Everything Else Has Gone Wrong. The album is released via Arts & Crafts on January 17, 2020, and is the band’s first in five years.

The beautiful “Racing Stripes” represented a real breakthrough for the band during a brief period in Cornwall when vocalist Jack Steadman was finding it difficult to write. “It’s a good example of the emotional rollercoaster you go through. I was like, this is it, I can’t do this any more, and then the next morning you’re like, ah, this is a really good song. The relief!” he says.

“’Racing Stripes’ is the first song we’ve done where I feel you could have a lighter in the air and sing along to it,” says guitarist Jamie MacColl. Its final refrain, a lilting loop of ‘This light will keep me going,’ speaks to the future, and to what they have achieved together, and will go on to make.

It’s a gorgeous, sweeping lament that offers a different shade to the band’s widescreen sound than the album’s introductory tracks of “Eat, Sleep, Wake (Nothing But You)” and its title track. The song welcomes the purest of supporting vocals from British folk artist, Billie Marten.

Already aired as a live session recording for Annie Mac’s R1 show, “Racing Stripes” is another fine advert for a record already shaping to be this unique British band’s finest, and of the year at large.

Largely written in Cornwall and recorded out in the US alongside Grammy Award winning producer John Congleton (St. Vincent/Sharon Van Etten/War on Drugs), Bombay Bicycle Club have continued to grow, develop and evolve since the release of their debut album, I Had The Blues But I Shook Them Loose, back in 2009. Rarely in recent years has there been a British guitar band who have the craft and ability to avoid categorisation whilst uniting hundreds of thousands of fans across the globe. With an innate ear for melody and invention, the four-piece are a very welcome return to the fold just as British guitar music makes a timely renaissance.

PRE-ORDER EVERYTHING ELSE HAS GONE WRONG HERE