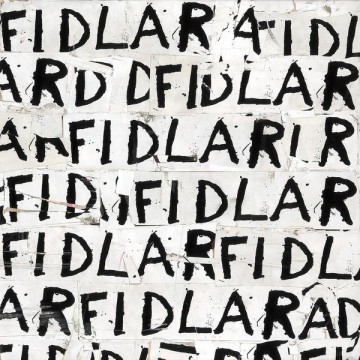 We all have those days where we’re feeling feisty and ready to go out and stir up some trouble. LA-based FIDLAR’s new self-titled release is one way to get into that mindset. This record is oozing with raw power; high-energy vocals and high voltage, fuzzed out guitars make up the framework of the album. It’s a great listen before a raucous night out, to get pumped up and get ready to mess around. From the very beginning of the first song, this record puts the listener in head-banging mode; heavy drums, raging guitars, screaming vocals and tonnes of feedback set the scene. Transported into the mindset of slam-dancing in a dark, sweaty dive bar, the listener really gets pulled in; I found it really hard not to nod along with the music when I was listening to it while riding public transport.

FIDLAR is reminiscent of fellow Californian Lo-fi band Wavves, in both sound and subject matter. Ranging from topics such as surfing and skateboarding to drinking and smoking a bowl, the repertoire has a distinctly Californian air about it, but with an edge. And though some of the songs on the album are aggressive and abrasive, others still have a bit of sunshine in them. The songs on the album have a sort of comforting familiarity to them, à la The Ramones; the song structures are simple and short, but that’s what makes them work. Overall, FIDLAR wears Punk Rock well; the band is worth keeping an eye on, and this album is definitely worth a listen.

Maria Sokulsky-Dolnycky is a 23-year-old culture enthusiast born and raised in Toronto. She is a recent graduate of the University of Toronto, where she studied linguistics, German, and music history & culture. When not listening to or making music, she can be found exploring the city’s many neighbourhoods on foot, cycling by the lake, devouring films, or scouring Toronto’s many libraries in search of her next favourite book.
RELATED ARTICLES
album reviewsfidlar
9.0