Features
445
previous article
SPILL FEATURE: WE ALL HAVE OUR OWN INDIVIDUAL SOUNDTRACKS TO OUR LIVES - A CONVERSATION WITH MIDGE URE
next article
SPILL NEW MUSIC: BOMBAY BICYCLE CLUB SHARE THIRD TRACK FROM FORTHCOMING NEW ALBUM | 'EVERYTHING ELSE HAS GONE WRONG' TO BE RELEASED JANUARY 17 VIA ARTS & CRAFTS 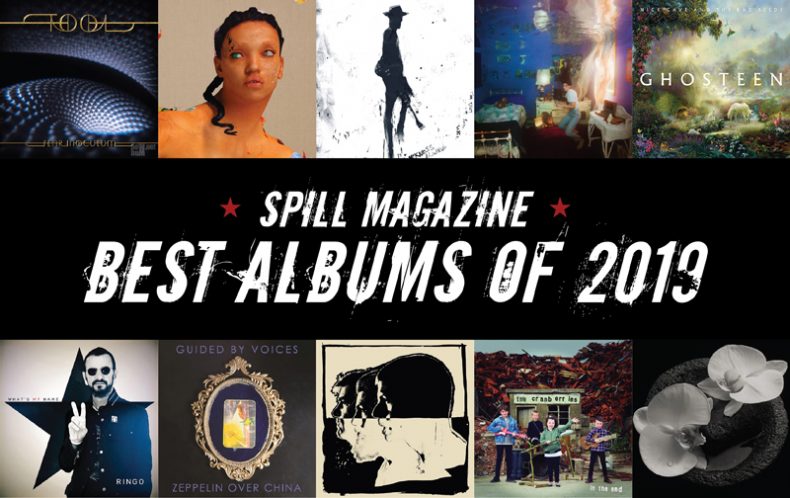 2019 was a year of incredible turmoil, change, and upheaval as the world came to grips with the global growth of political and social conservatism, mass social and environmental protests, ongoing and wide-reaching acts of terrorism, and the struggle for acceptance and inclusion by many minority groups. As these realities are inescapable, especially for those who interact with the world on an emotionally open channel, as is the case for many musicians and creators, 2019 was also very fertile ground from which important, relevant, and authentic music was grown.

After scouring through our own review catalogue, Spill writers have voted on our top-rated albums released in 2019, and have come up with a list of what we feel are the top ten most important and well-received albums of this very tumultuous year in music.

Michael Patton & Jean Claude Vannier, Corpse Flower
The Cranberries, In The End
The Avett Brothers, Closer Than Together
Guided By Voices, Zeppelin Over China
Ringo Starr, What’s My Name 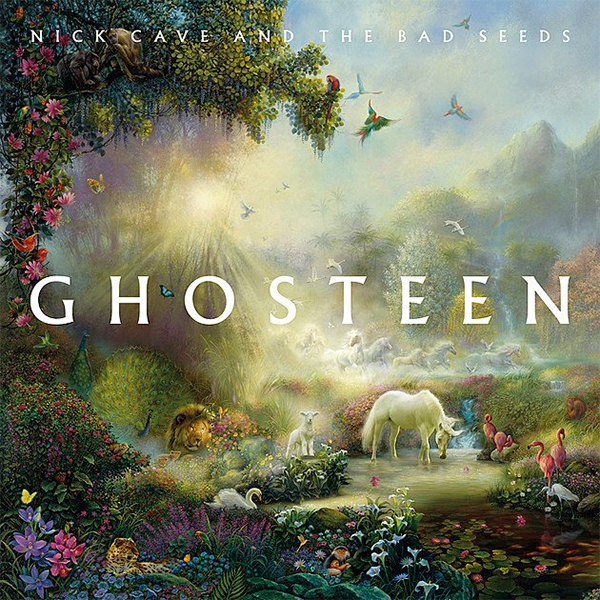 “The musical arrangement on Ghosteen is equally as important as Cave’s melancholy, aching vocals. Much of the focus is on keys, reverberating synthesizer, and querulous strings, with very little percussion until the last track … Ghosteen is music that impresses upon the soul. Cave is a storyteller who makes his fans as much a part of his stories as are the Bad Seeds, who weave a tapestry of music so intricate that calling this “listening” would be minimizing the experience.” ~Michelle Cooney 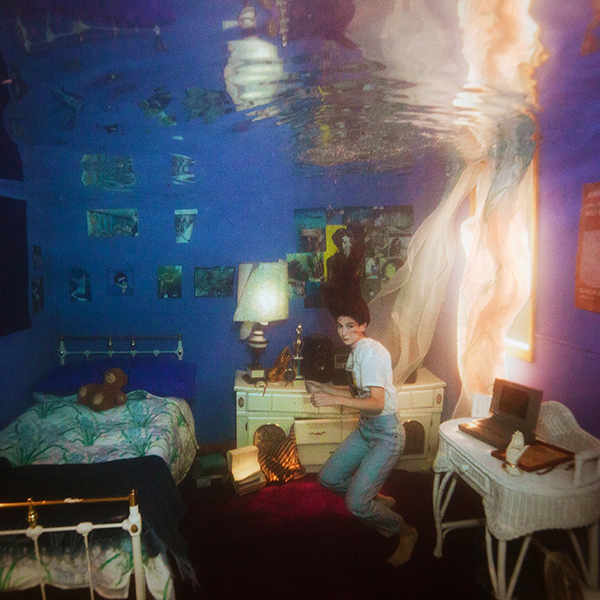 “Natalie Mering, aka Weyes Blood, makes time stand still. She doesn’t wave a magic wand or play distortion tricks with strobe lights. She emotes, and time stops for her. Titanic Rising, her fourth full-length LP, is not an album that wallows in or trades on misery for suicide feels, a style of music that can often feel like a crutch for many talented singer-songwriters. Mering nods toward the darkness, but her music envelops listeners within a free-floating sanctuary. It’s okay to feel. It’s okay to be afraid or angry – but none of that matters, not right now. Not, at least, for the next 42 minutes.” ~James David Patrick 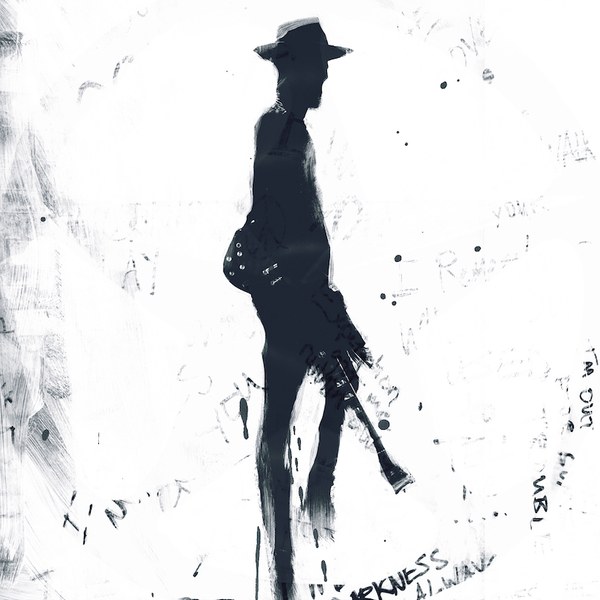 “Clark sounds and feels completely uninhibited throughout This Land, an album which is highly experimental with an underlying feeling of danger as Clark takes countless risks as a songwriter and performer to deliver a record that is largely unpredictable. As a result, This Land is a stunning seventeen-track release which, on top of traditional blues and pop, incorporates elements of rock, hip-hop, funk, punk, and reggae music; however it is when Clark seamlessly fuses pop and the blues together when he is at his most sophisticated and innovative. I’ve said it countless times before, but This Land only further affirms it, nobody plays guitar, and now nobody writes like Gary Clark Jr. Once again, Clark has managed to surpass any and all expectations with what very well could be the most important record of the year.” ~Gerrod Harris 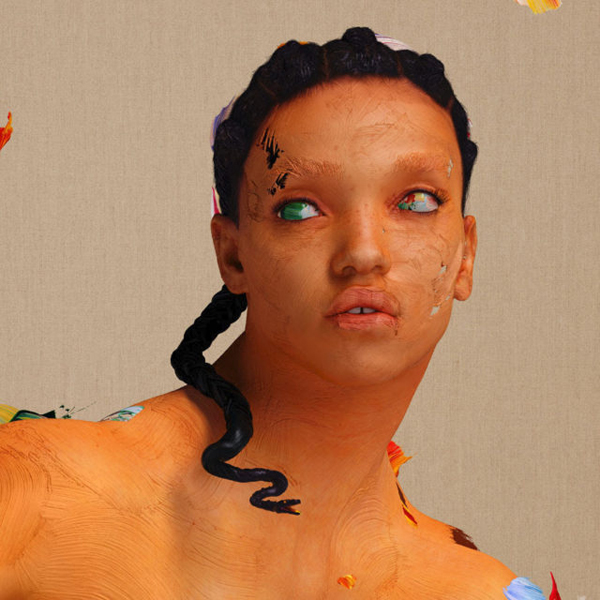 “The biblical figure of Mary Magdalene takes a central role on the album as a guardian of hope and a signifier of women’s power. The centrepiece, “Mary Magdalene”, is a thrilling ritual of “woman’s work”, tied by the echoing bells in the background. Through the ambient piano sounds in “Cellophane”, Barnett’s eerie voice of sorrow conveys the tones of heartbreak, while UFO-like noises articulate the artist’s signature quirkiness. FKA twigs’ ability to mix genres results in her feature with rapper Future, resulting in “Holly Terrain”. The song appears at first sight to be an attempt for a mainstream banger, but the unique “twig-ism” stands out with the implementation of a rich gamut of architectured individual parts such as 808 snare drums, vocal stacking, and even a Bulgarian folk sample.” ~Ellie Hristova 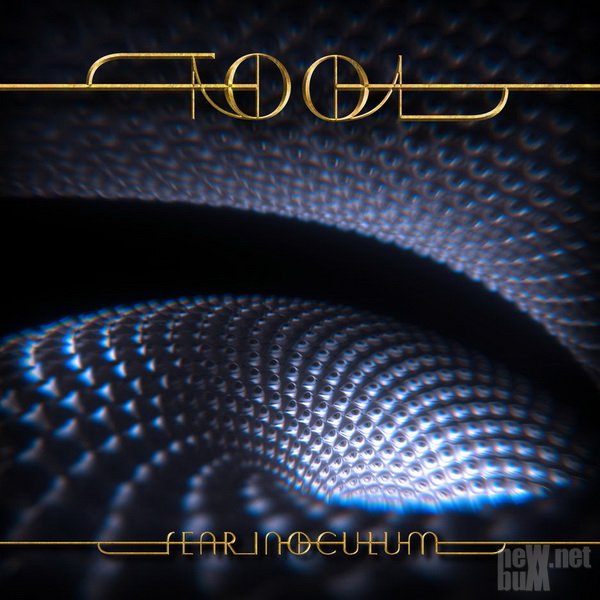 “Beyond the lead single and opening track, a number of tracks shine as stunning examples of the musicianship and unique songwriting that have made Tool such a musical force to be reckoned with. The first that comes to mind is “Pneuma”, a track similar in feel and tone to “Fear Inoculum” that builds from an ambient and softer beginning to an explosive conclusion. “Invincible” also builds up and features a tone somewhere between that of 10,000 Days and Ænima. The song is also likely the most relatable lyrically as it tells the story of the struggle to remain relevant amongst changing times and age. It is also worth noting that “Invincible” has some of Adam Jones’ tastiest guitar licks and not one, but two, guitar solos – a rare occurrence among Tool’s work – and an absolutely killer rhythmic breakdown.” ~Gerrod Harris

Thanks to all of our devoted and constant readers for your continued support this year, a year that saw Spill ranked in the top ten of the best Canadian music blogs. Thanks also to AOTY for adding us to their year-end countdown and of course, to our team of writers and editors for all their contributions to this creative enterprise. Happy Holidays!

Br. lives in southern Ontario, grew up on The Beatles and The Journeymen, spent his adolescence immersed in grunge, and his adulthood in British alternative. His greatest joy is seeing his son dance and grow into his own appreciation of the indescribable joy of music...
RELATED ARTICLES
7empestcloser than togetherfear inoculum

by Gerrod Harris on August 30, 2019
Tool Fear Inoculum Sony Music 13 years ago, Barack Obama had yet to be elected as the President of The United States, Twitter had only just launched, and the first generation of iPhones was [...]