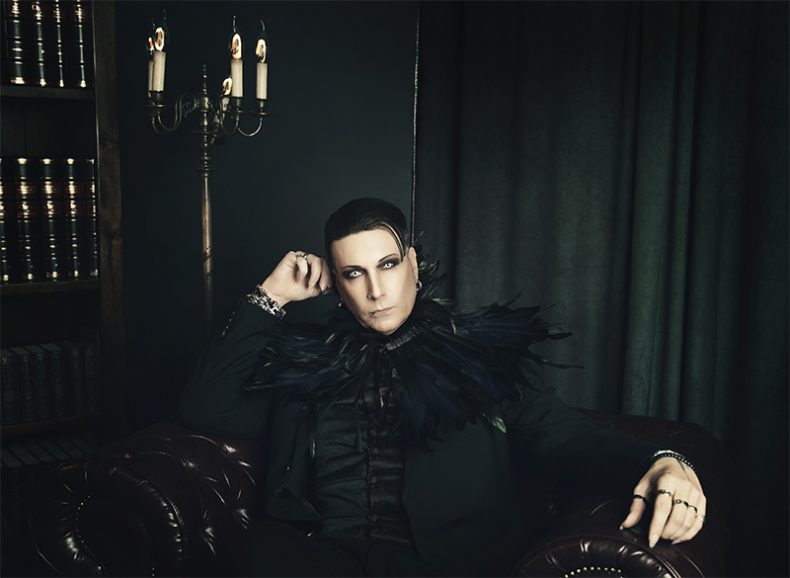 Blutengel dedicate themselves again to the eighties and present ten iconic songs from this musically formative decade in their very own style on the forthcoming album Fountain of Destiny. Blutengel succeeds in an impressive balancing act, while respectfully retaining the original essence of the song and at the same time infusing each track with their very unique touch. In addition, two brand new Blutengel songs are added as bonus tracks, which fit perfectly on the new album Fountain of Destiny.

Be it the emotional “Forever Young” that is released today, or the already in the original wonderfully twisted “Dr. Mabuse” or the dystopian “Down in the Park” – there is heart and soul in each of the cover versions on the new Blutengel album Fountain Of Destiny, which offers a sheer delight for the ears and the spirit combined at the same time with skilled musicianship and a natural feeling for creating the perfect sound.

Chris Pohl states about the selection of the song for the video single “Forever Young”:

“Even though a thousand other bands have already covered the song, I deliberately did it anyway! “Forever Young” was already the anthem of my youth! I heard the song in hard times when I had great concern for my parents…Until today, the song accompanies me, because even today, when I live almost half a century on this earth, I don’t want to grow older and I’m even afraid of it.”

The music video was shot in Victoria Park, where Chris spent half his childhood and youth. “I still live close to this park – I have never moved out of my neighborhood…. The video shows the ascent to the monument and from the midpoint it rewinds…. It symbolizes my desire to turn back time,” Chris remarks reflectively.

The cover songs were handpicked by Chris and Ulrike Goldmann and are those tracks “that appeared to me to be out of this world from today’s point of view”, Chris explains with sparkling eyes that you only get when listening to the music of the eighties. The fact that Fountain of Destiny could become a real Blutengel album after all, which was initially announced as an EP/mini-album, is owed to the commitment of the label, Out Of Line Music, as well as the artists themselves. “We, unfortunately, had very few clearances at the end of the year…. together with the label, we decided to wait a little longer and give the copyright holders another go,” informs Chris. And that paid off! And as Chris confirms “there are now 10 tracks and plus my two own Blutengel songs we even have 12 songs now – which is absolutely perfect for an album. Sometimes patience is worth it!”.

by SPILL NEW MUSIC on June 22, 2021
BLUTENGEL – “WIR SIND DAS LICHT” OUT OF LINE MUSIC The indescribably multifaceted Blutengel present themselves on their upcoming, new album with a wide range of [...]

by Samantha Wu on March 12, 2021
Blutengel Fountain Of Destiny Out Of Line Music German goth-electronic band Blutengel are here to take fans on a trip through memory lane with their new album Fountain of Destiny. A [...]
6.0