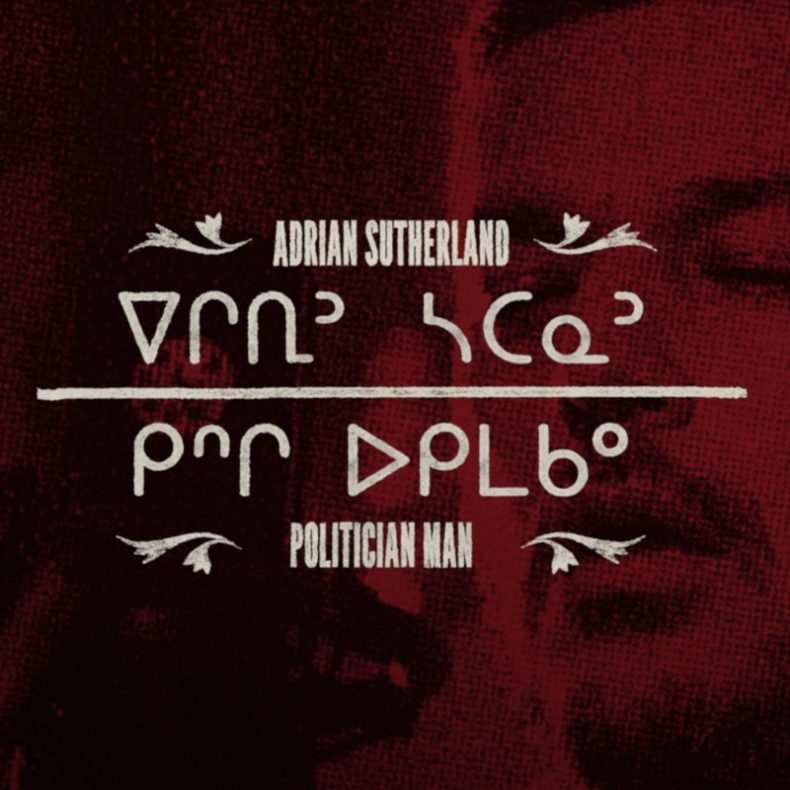 Call it uncanny circumstances that lead to the release of a song from Adrian Sutherland (of Midnight Shine). Uncanny timing, too, considering the song’s name, and the fact there’s a federal election just around the corner…

Politician Man, the debut single from Adrian Sutherland, is a protest song for Canada. The seeds were planted in July, when his Cree community of Attawapiskat declared a state of emergency over contaminated water. At the same moment, insensitive comments from a politician in Ottawa sparked massive public outcry, a spontaneous response from Sutherland himself, and national media coverage.

Jump ahead to August, when co-writing sessions with musical brothers sparked a song that was important, timely, and totally kickass. One day in September, that song came to life in a recording studio. By the first week of October, a filmmaker was adding his keen artistic eye to the message behind the music.

The result… is Politician Man, released October 17 with accompanying video by Justin Stephenson (director of animation and editor, The Secret Path). Look for it on digital music and social media sites.

Politician Man speaks to Canada’s troubled relationship with First Nations. Growing up in an isolated place like Attawapiskat has given Sutherland a unique perspective, while his growing profile as an artist is now giving him a voice. This is his way of taking action, doing something, about the ongoing struggle that Indigenous people face in Canada, while the country takes growing steps toward reconciliation.

“Sometimes reconciliation sounds like an empty word, and it’s frustrating. You keep trying to get ahead, but there are ongoing challenges, one obstacle after another. I have to wonder what I’m doing still living in Attawapiskat, and if anything is ever going to make a difference,” says Sutherland.

“The relationship between Canada and First Nations has been difficult for a long time, and in many ways it still is. Politician Man is about this relationship, and the need for all of us – politicians, chiefs, Indigenous people, all Canadians – to start listening to each other, and take steps together. Let’s move past the blaming and do something. We all need to do our part. That’s what reconciliation is, and the message behind Politician Man.” 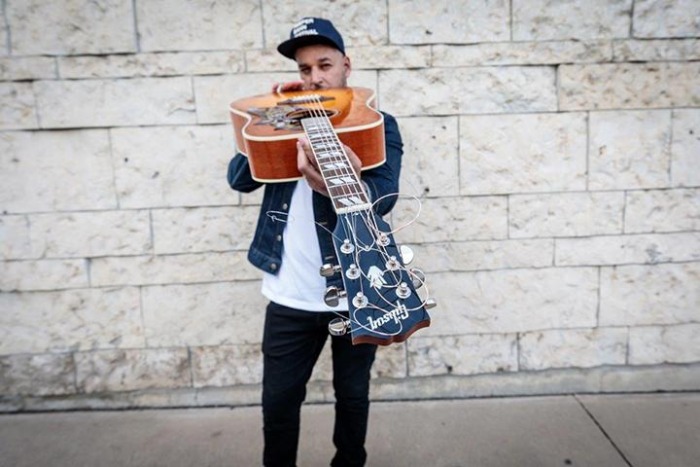 When it came time to think about something visual to go with the audio, only one person came to mind. Sutherland’s team approached Justin Stephenson, who saw the vision right away. Stephenson came up with a video treatment that, quite literally, makes Politician Man a song about a country done in a style that pays homage to country songs, while honouring Sutherland’s Cree culture.

“I love the song and believe in the message. I really wanted to do this. Adrian is a real talent and powerful storyteller. He’s the kind of person that makes you want to do something about this difficult history, and makes me, personally, want to be a better ally. In this song, I feel he really speaks to non-Indigenous people in a way that makes you want to step up. My respect for him grows with each pass of the video I make,” says Stephenson, who had only two weeks from concept to completion.

“I knew we’d have footage of Adrian in the studio and used this as the starting point. We wanted to combine his performance with images of Canada, and sought permission from Canadian Geographic to use their Indigenous Peoples Atlas of Canada. It’s a beautiful and important map that shows Indigenous territories and communities without provincial boundaries.”

Adrian’s family did a translation of the title into Cree syllabics, explains Stephenson: “I was struck by Adrian’s description of the Cree term for ‘Politician Man’ – which he said translates into ‘okimaw-khan’ or ‘voted big boss’. I found this interesting as it takes into account the system of governance imposed by the Indian Act.”

“I added song lyrics using a treatment reminiscent of the rich and inviting visual language of old Nashville music posters, with design embellishments that draw inspiration from Cree floral patterns like those found on the beading on moccasins and mitts.”

Politician Man is being released at the start of Secret Path Week, a national movement commemorating the legacies of Gord Downie and Chanie Wenjack, and calling on all Canadians to “Do Something.” Adrian Sutherland will be taking part in several events in the Toronto area: