SPILL MUSIC PREMIERE: THE TREMOLO BEER GUT – “GNOSSIENNE NO. 1 (I CAN’T GET NO)” 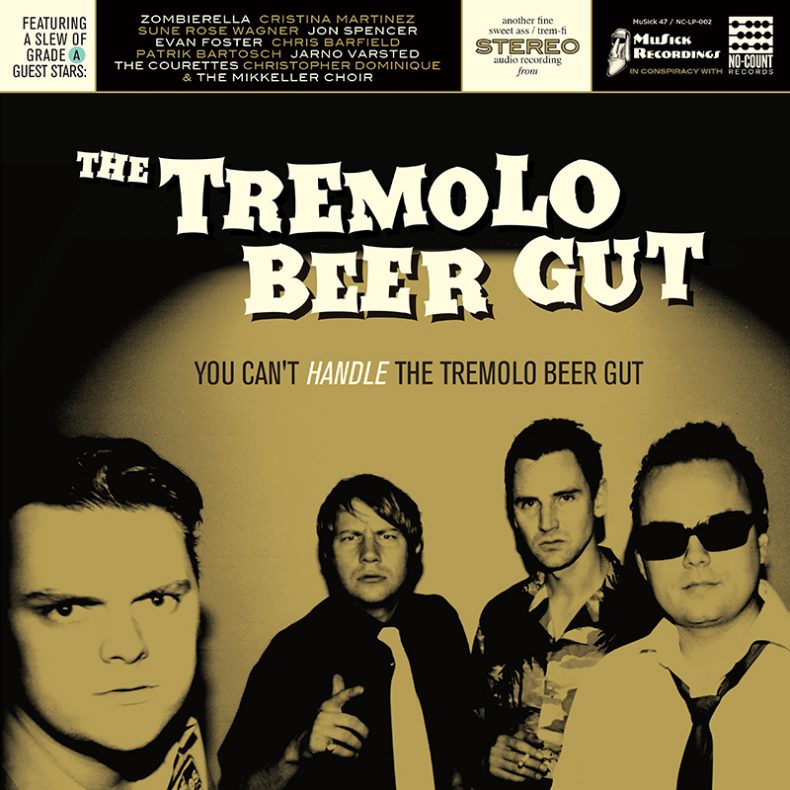 You Can’t Handle… contains 16 tracks of instro-mental surf, twang, and rock ‘n’ roll bang that are crammed full of luscious, reverb-drenched hooks, furious fuzz and surfin’ snare are more than enough to please even the most discerning of Dick Dale, Davie Allan and Duane Eddy fans.

It features a slew of notable guests including members of The Ravonettes, Psyched Up Janis, The Jon Spencer Blues Explosion, Heavy Trash, Pussy Galore, Boss Hog, The Sonics, The Boss Martians, The Huntington Cads and The Courettes.

The music draws inspiration from garage rock, the surfy side of the Pixies, indie rock, spaghetti westerns and evokes film composers such as John Barry, Henry Mancini, Lalo Schifrin and Ennio Morricone as well as the music and sounds of Phil Spector, Brian Wilson, and Joe Meek.

“Gnossienne No. 1 (I Can’t Get No)” is an instrumental classic already. Old-school to say the least. It was written by Erik Satie around 1890 and it’s a beautiful yearning and sorrowful study in melancholy that has entered the pantheon of great suicide music. Max, the son of TBG bassist Per Sunding, suggested that the band cover it for the forthcoming LP – and they accepted the challenge. This fresh new – but hardly modern – version turns Satie’s masterpiece into a faster paced spy surf tune with added spinet delivering notes of John Barry’s great movie themes. The “Gnoss” just got a license to thrill, chill AND kill. ~Yebo

Purchase You Can’t Handle… Via