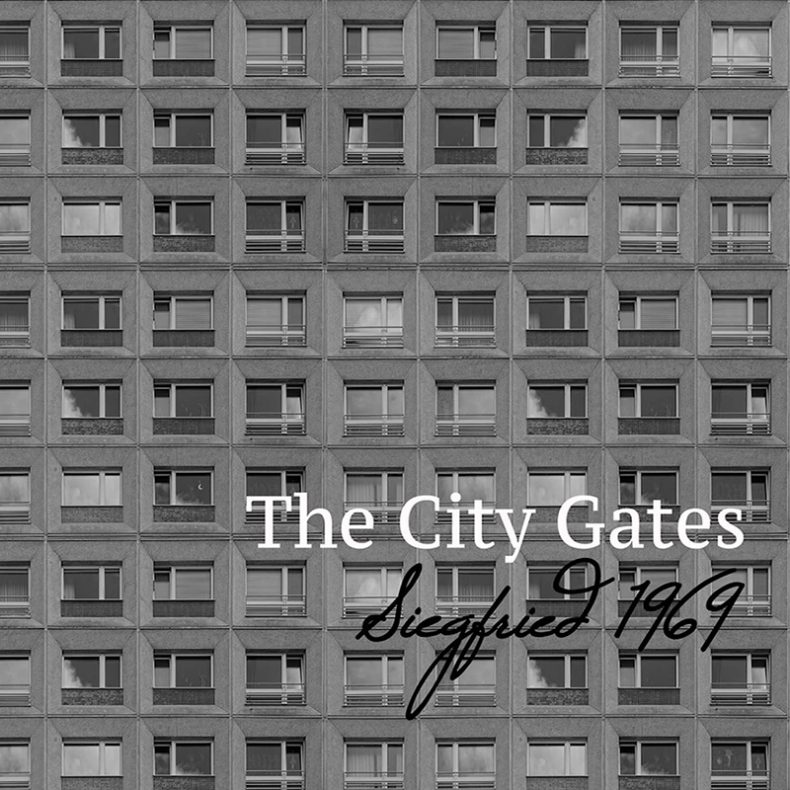 The Cold War is a theme that, although not remembered by Generation Z (before their time), is being explored more and more from year to year. More so than a thirst for knowledge about this era, these is a sense of permeating nostalgia surrounding this epoch. The related secrecy cloak also seems to be somewhat trending at the moment in terms of themes of Intrigue.

Enter Montreal-based postpunk shoegaze band The City Gates, who are premiering their new single ‘Siegfried 1969’ via their own self-run label Velouria Recordz. This is highly infectious music from one of Canada’s foremost postpunk and shoegaze artists, and the involvement of several guest artists has made for a highly powerful aural punch. This is dark bliss in sonic form.

This single previews the collective’s next album, which is expected to be released in autumn of 2020. This newest offering thematically follows up  singles ‘Checkpoint Charlie’ and ‘Cape of Good Hope’, the latter of which will also appear on their forthcoming long-play and was released in 2019 on ‘Zeitgeist vol. 10’, released via Cold Transmission, and on ‘Northern Noise Vol. I’ (Velouria Recordz).

This new collaboration features contributions by Francis Nothingwater of Canadian cold wave band La Mécanique and Alexander Donat of  German alternative music outfits Vlimmer, Whole and Fir Cone Children and owner of Blackjack Illuminist Records. This will be a welcome find for fans of such classic artists as Joy Division, The Chameleons, Bauhaus and The Jesus and Mary Chain, as well as newer artists such as She Past Away, Drab Majesty and Soviet Soviet.

Well known for heaping on the reverb, fuzz and delay, The City Gates can be described as a modern answer to Phil Spector’s infamous ‘Wall of Sound’. Their music is intense, powerful, melodic, moody, textured and raw. With a sound esthetic and lyrics deeply rooted in the cold war era, they sway between dark melancholic guitars and glimmers of nostalgia. 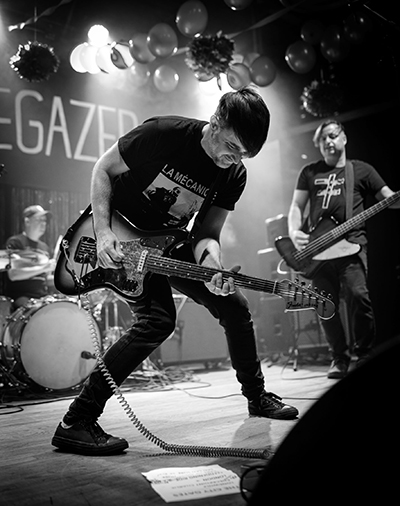 “I have German ancestors and have much love for the Neue Deutsche Welle, and German 80’s post punk / darkwave / cold wave music scene, such as Xmal Deutschland D.A.F., Grauzone (actually from Switzerland) and Asmodi Bizarr. I took a German language course at university back in the day, but it’s not really good enough for a full song in German. So I asked my German friend Alexander Leonard Donat of Vlimmer to give me a hand with this,” says Maxime Wingender.

The seeds of this collaboration were planted when Nothingwater and The City Gates frontman Maxime Wingender organized the Montreal-based postpunk / shoegaze / cold wave Velouria Fest, where the two bands shared the stage. Shortly after, Nothingwater created a drum machine loop track for a demo Wingenger sent him. German lyrics were added later.

“The lyrics are about my grandfather who was one of the most famous pianists in the German Democratic Republic (GDR) during the Cold War era. In the song, I compare the Berlin Wall with his personal life. He recognizes that he tries to shut out people, similar to what the Socialist Unity Party of Germany (SED – the only party option in the GDR) did,” says Alexander Donat.

“People from the GDR were not allowed to go to Western territories. The Berlin Wall was heavily guarded. People who tried to flee were shot. For artists like my grandfather, it was easier to travel the world. He played in Syria, Australia and many more places. Most Eastern European people were not able to travel to Western countries. They could only travel to Eastern destinations like Romania, Bulgaria and Russia.”

As of July 22, ‘Siegfried 1969’ will be available via online stores such as Apple Music and streaming platforms such as Spotify. Until then, it can be pre-ordered directly from the band via their Bandcamp page https://thecitygates.bandcamp.com/track/siegfried-1969-feat-francis-nothingwater-la-m-canique-and-vlimmer