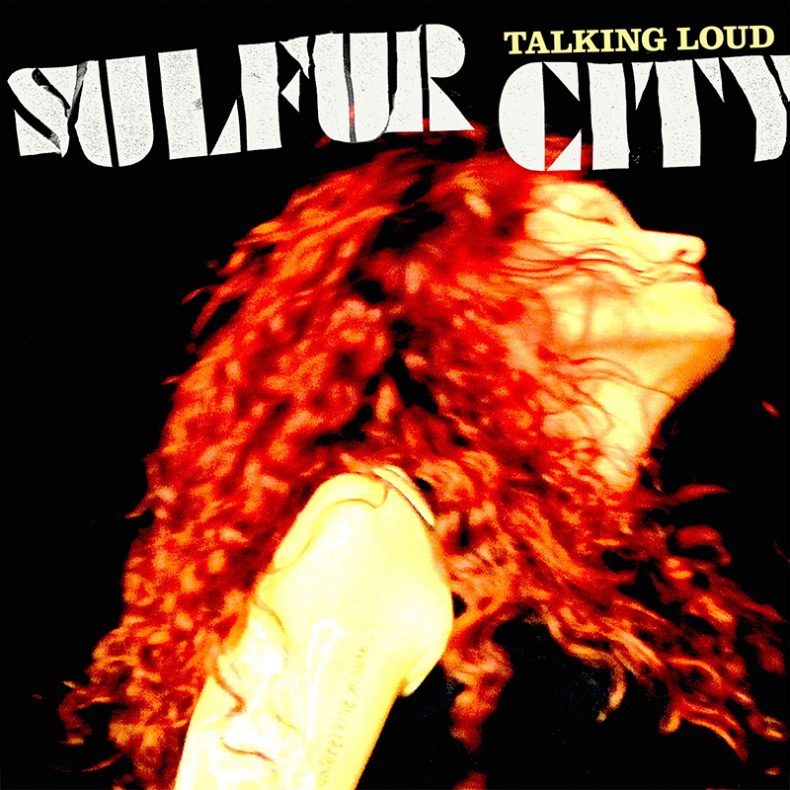 “Joan Jett said, ‘Rock and roll is political, it is a meaningful way to express descent, stir up the status quo, stir up revolution and fight for human rights.’  The song ‘War Going On’ is just that, calling out the War on humanity that’s hidden in shiny, glittery advertisements telling us what we need: to buy more, to own more, to feel a certain way, to look a certain way, to speak and even dream a certain way. We have lost our identity to a corporate makeover.  We are fighting a war we don’t even know we are fighting.” Lori Paradis

Fronted by singer/electric washboard player Lori Paradis, Sulfur City comes roaring out of your speakers with echos of Grace Slick, Patti Smith and Janis Joplin. Sulfur City is the first female-fronted band on Alive Records, and their balls-to-the-wall, high-energy gritty style fits right in with label mates like The Black Keys and Left Lane Cruiser.

Raised in the small mining village in Northeastern Ontario, Lori’s lyrics reflect her life experience (she has been a truck driver on a construction crew, a bartender and a house painter, among other odd jobs). Talking Loud, which comes out May 27, was recorded at the infamous Gas Station Recording studio by Dale Morningstar (Cowboy Junkies, Neko Case). Check out “War Going On” below.

by Melinda Welsh on May 31, 2019
Left Lane Cruiser Shake And Bake Alive Records Left Lane Cruiser’s 11th studio album,Shake and Bake, has everything you’d expect from this raw, gritty, blues-rock duo who made [...]
8.0

by Angelica Bottaro on January 26, 2018
Beechwood Songs From The Land Of Nod Alive Records With the nostalgic sting of 90’s glam punk and a hint of new age alt rock, Beechwood’s latest album Songs from the Land of [...]
7.0