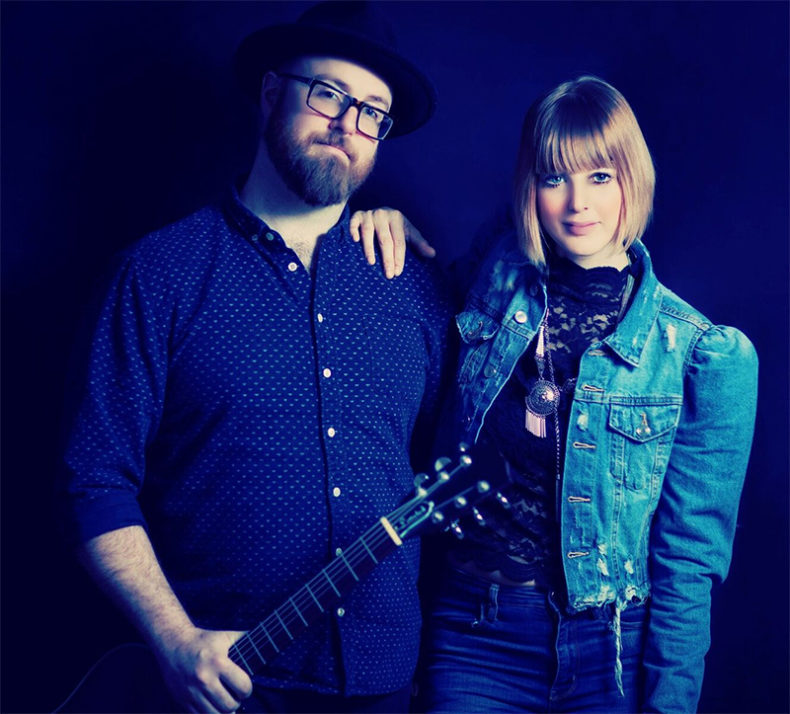 Running Red Lights was established in 2006. Migrating from small towns all across Eastern Canada to the swelling city of Toronto. Kevin, David, Jeff and Scarlett assembled together as a pop oriented, female fronted group under the control and direction of well-established traditionalists with crumbling ideas. The band found themselves caught between 2 worlds, eventually weathering the collapse of the old guard and struggling to adapt to the new age of DIY and the ever changing music industry. Despite what at times felt like creative and career pandemonium, RRL went on to release a number of EP’s between 2009 and 2012. The band continued to be a part of Canada’s growing live music scene and in 2010 out-rivalled some of Canada’s top indie bands to become the winners of the Youdiscover Live Music Concert Series.

New track ‘Songs of Blue’ showcases a change in direction for the band, as they evolve into a gorgeous wide-screen pop sound. Infectious, but subtle, the band let’s the hooks wash over you, instead of shoving them down your throat. Built around exquisite male/female harmonies, the vocals expand with heartfelt elocution, connecting the listener to every phrase. The song doesn’t sonically resemble the Joni Mitchell album it takes its inspiration from, instead it wraps itself in perfectly executed instrumentation, skillfully mixed in a modern accomplished package. But behind this seemingly idyllic composition, lies a story of heartbreak, with anger hanging on the edges. This depth is ‘Songs of Blues’ secret weapon, and pulls the listener in for multiple plays.

RRL’s debut album There’s a Bluebird in My Heart released in 2014 to a sweep of praise from music journalist from all over the world. The album was added and featured on CBC and BBC Radio. ‘Songs of Blue’ is from their forthcoming new collection, that currently does not have a release date, but hopefully sooner than later.

‘When I was fifteen, I had a high school boyfriend whose mother was a free-spirited, unconventional and lenient single parent who would often leave us unattended with her impressive collection of classic albums. Upon her departure we had a custom of randomly selecting an album and listening while we laid together on the sofa. One day we selected Joni Mitchell’s ‘Blue’, and in that moment, that voice and those chords, my passion for songwriting began. Her songs went straight to the marrow of my heart. When the flighty love between me and my high school boyfriend dissolved, and all the subsequent broken hearts that followed, Joni Mitchell was always there, inviting me to be sad but promising that life would go on. It’s in the memory of those assailable and heartsick moments I so often shared with Joni, that ‘Songs of Blue’ was written.’