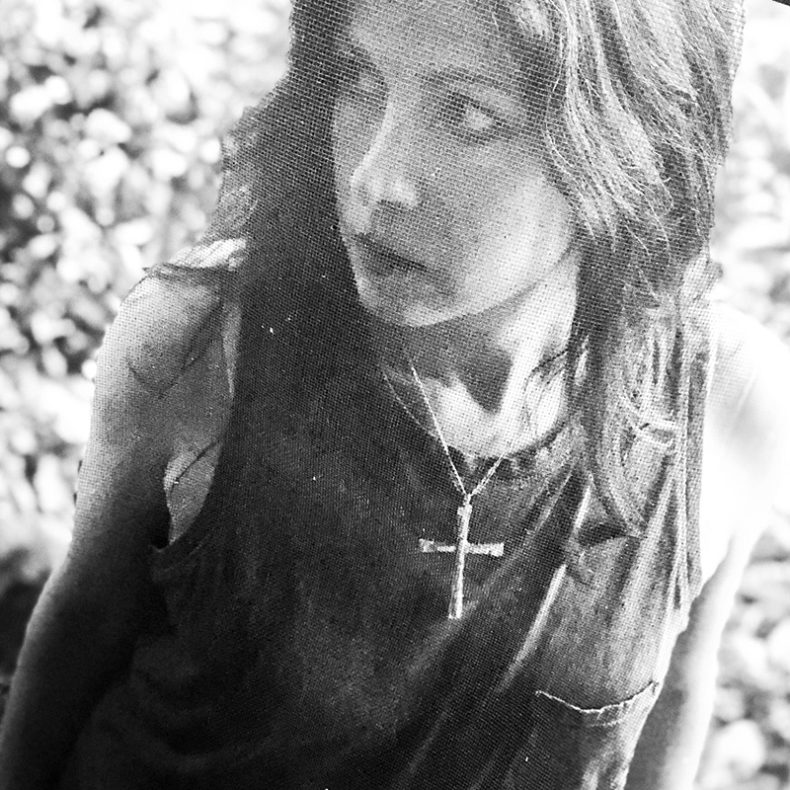 Ahead of the release of her Harness LP next month, we are pleased to introduce you to Atlanta-based artist K Michelle Dubois. More specifically, we present you the premiere of her track ‘Orchid’, the second single off this new album. This DuBois’ third solo release. The previous one was her ‘Astral Heart’ LP in 2016.

No stranger to the music scene, Dubois was formerly with pop-punk darlings Ultrababyfat, having garnered national attention, leading to opening slots for numerous noteworthy acts Pavement and PJ Harvey, and a 2001 stint on The Warped Tour as one of the few female-led bands showcased in the festival’s lineup. Dubois also sings in the shoegaze-space rock collective Parsons Rocket Project.

With ‘Orchid’ being an introduction to her album, we can say that this is infectious. With a strong vocal resemblance to Cindy Wilson of B-52s, sound-wise, this is somewhere wonderful in a triangle between Belly, Luscious Jackson, Sheryl Crow, and St. Vincent. Very positive and somehow causing goose-bumps with each repeated listen, the hooks and high-driving beat combines with Dubois’ melody for a massive song from start to finish.

On Harness, DuBois balances the experimental with her innate talent for distinctive hooks. This is an indie pop-rock gem that is sonic, rustic, and strong on harmonies. Although she remains anchored in hook-laden structures, this album pushes the experimental side of her previous work to new heights.

While most of DuBois’ solo output intertwines classic power-pop with 90s college rock, Harness boasts a heftier sonic tone than her previous album ‘Astral Heart’ with its bouncy rhythms, jangly guitars and sing-song charm. This music will sit snug with you if you happen to love any of the following: Jenny Lewis, Juliana Hatfield Three, Liz Phair, Luscious Jackson, Aimee Mann, The Breeders

“To me, Harness is not about taming; it’s about recognizing and utilizing all this amazing energy that is radiating. I’ve been deeply feeling my hippie roots and, at the same time, intrigued by advances in technology. I’m inspired by such stories as Ex Machina and West Word, which both invigorate and produce intense melancholy in me,” says K Michelle Dubois.

“Much of this album is like one big pep talk for the ladies (myself included). Even for the A.I. characters – finally finding their freedom, It’s like a party, but still there’s an underlying sadness. Throughout Harness there’s a strong suggestion to celebrate magic, whenever possible.”

On October 12, Harness will be released across the main online stores and streaming platforms, but it can already be ordered via Bandcamp at https://kmichelledubois.bandcamp.com/album/harness.

Also check out “Wild Weed”, the first single off this must-have album: